Andrew is a self-taught artist and has been painting full time since leaving Sherborne School in 1978. Whilst still at school he was personally encouraged by the late Sir Peter Scott and went on to hold his first one-man exhibition at the age of twenty-one at the Malcolm Innes Gallery in London. He remained with Malcolm Innes throughout the 1980s before branching out with other galleries including the Tryon Gallery and more recently Frost & Reed. He has also held solo London shows at the Alpine Club gallery, The Gallery in Cork St. the Mall Galleries and the Royal Opera Arcade Gallery.

Trips abroad, as far a field as the Kumaon Himalaya and the Antarctic Peninsula (with the Royal Navy) have provided a wealth of inspiration, while the Scottish Highlands and more especially the contrasting beauty and wilderness of the island of Pabbay in the Outer Hebrides remains a constant pull and a regular pilgrimage.

In April 2014 Andrew ventured to South Africa as a guest at the Ulusaba Private Game Reserve (neighboring the Kruger National Park) where he spent two intense weeks living with the rangers and sketching every day. This resulted in a successful exhibition in association with Virgin Unite at the Mall Galleries in December 2014.

Andrew was elected a member of the Society of Wildlife Artists (SWLA) in 1983. He went on to serve as Honorary Secretary to the society and also as a Governor at the Federation of British Artists (FBA) before he was elected President of the SWLA in 2004. Following a term of five successful years he stepped down as president to concentrate on his painting but remains an active member and an Honorary Vice President of the society. Andrew is also a Fellow of the Royal Society of Painter-printmakers (RE) and etching continues to be an important part of his portfolio.

Andrew has sat on or chaired the selection panel for the SWLA annual exhibition for over twenty years. He has selected work for the National Print Exhibition (‘Originals’) on several occasions and is a judge for Birdwatch Artist of the Year. He is also a judge for the DSWF Wildlife Artist of the Year Awards, now in its tenth year.

Andrew sketches in the field, usually in watercolour and frequently uses a telescope to watch the wildlife. Some of the resulting sketches may be suitable to exhibit, but more often they are vital reference to create more considered works in oil, watercolour or etchings on returning to the studio. Wildlife, especially birds, has been a constant theme (Andrew won the British Birds’  ‘Bird Illustrator of the Year’ title in 1995), but in recent years landscapes have become an important part of his repertoire.

Having lived and worked in Dorset for the last 29 years, in April 2013 Andrew moved to Buckinghamshire to live with his partner Lucy and her two boys. They now live in Quainton, are married and Andrew works from his studio in the garden.

Egret on the Beaulieu River 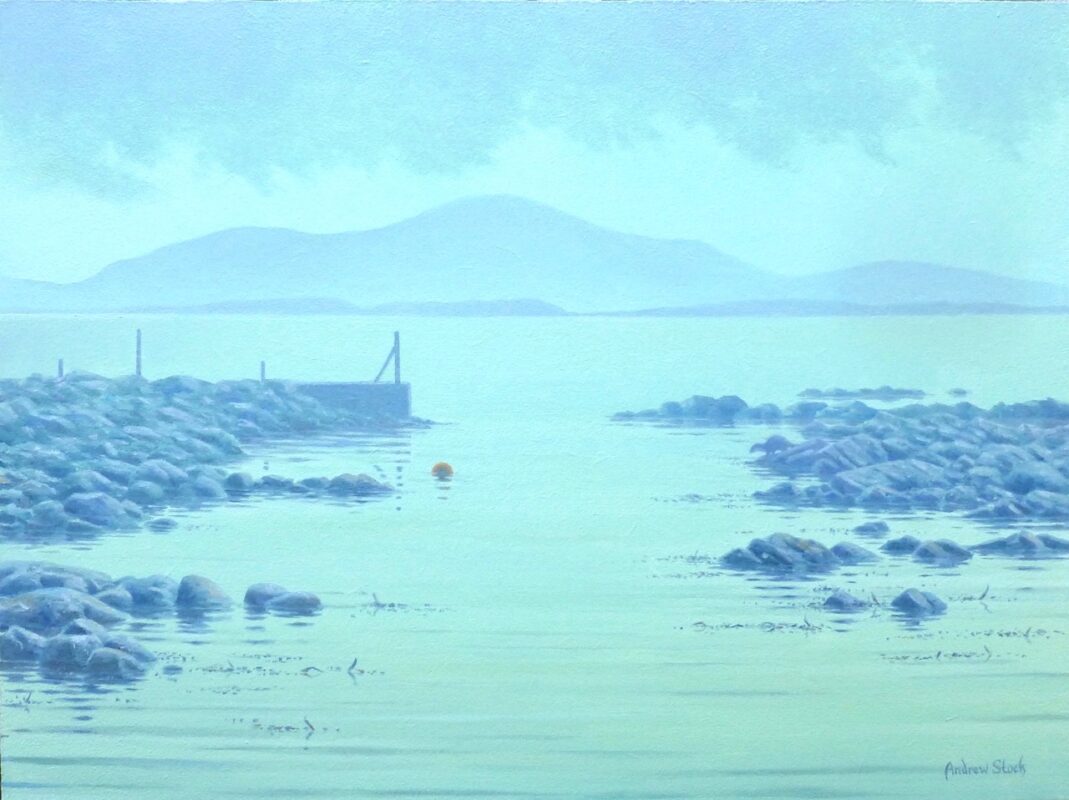 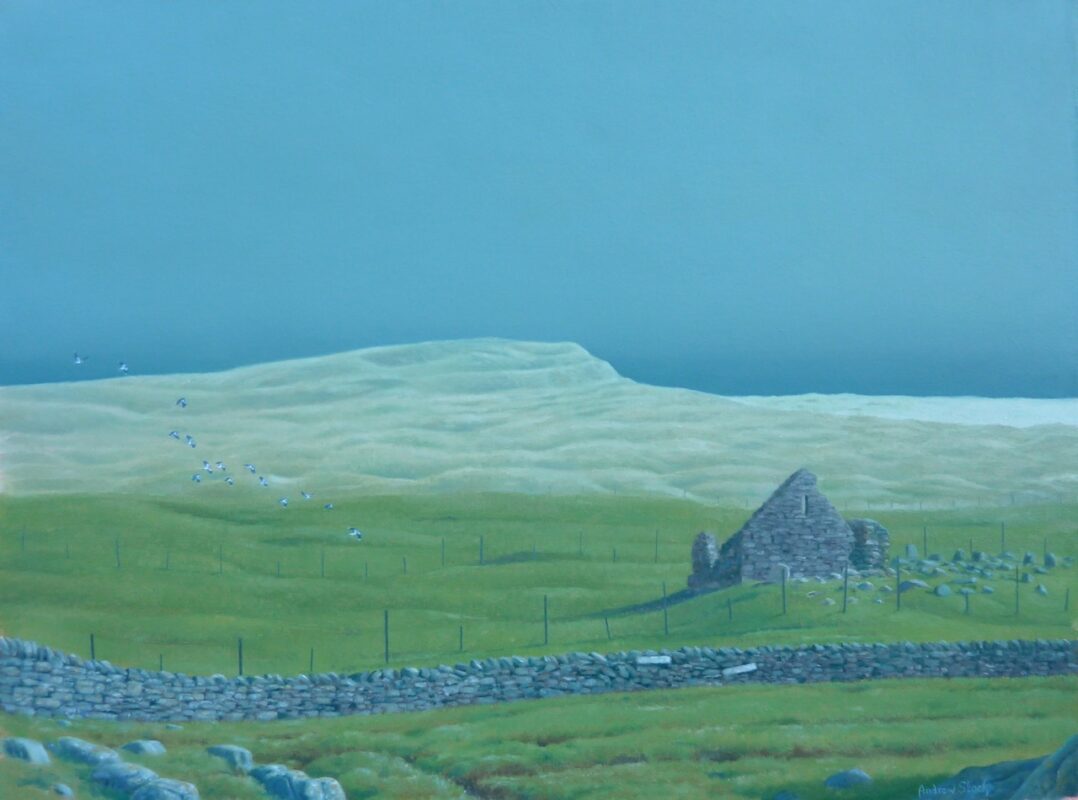