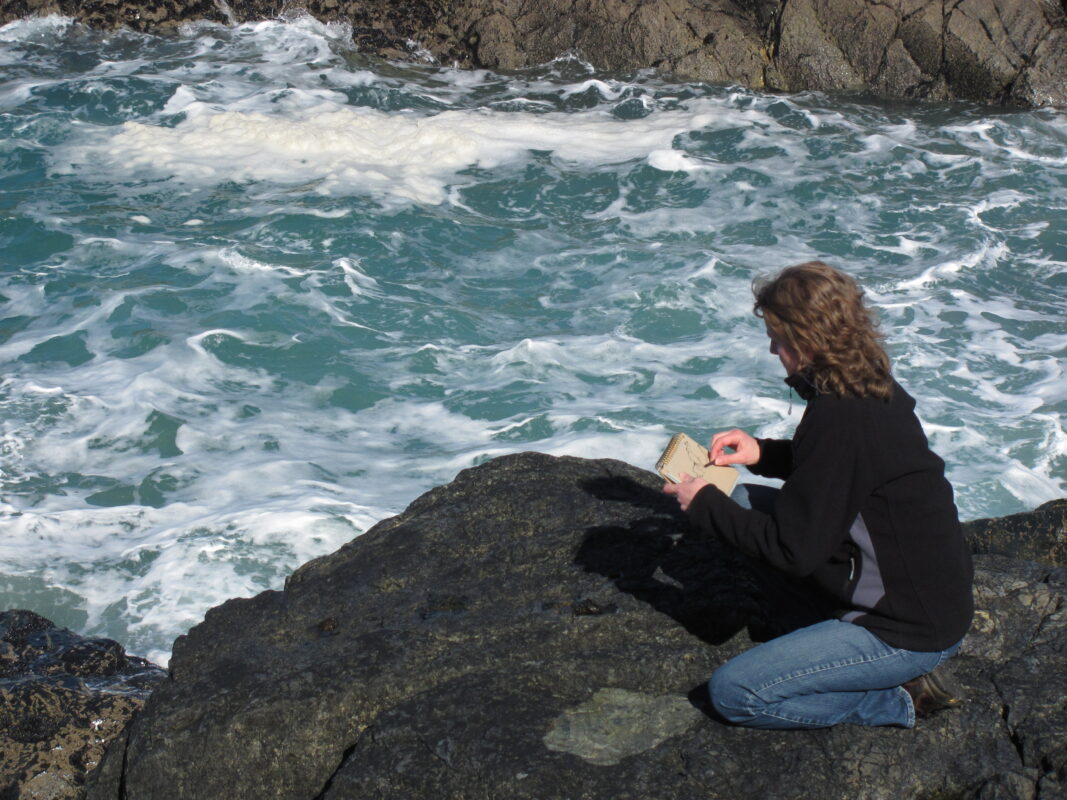 We are delighted to present a new exhibition of paintings by Jo Bemis. Jo has been represented by The Minster Gallery for many years and this is her fourth Exhibition at the Gallery.

Born on the Isle of Wight in 1969, Jo studied at Portsmouth College of Art and Leeds Metropolitan University in the early 1990s. After spending a few years painting and working in the United States, she returned to the Isle of Wight in 2001 and began painting full time and professionally in 2003. Acknowledging the influence of James Whistler and John Constable, Jo paints from nature, based on open air pastel sketching and photographs. As a landscape and seascape painter, she is able to capture the energy of nature in her paintings. You can almost hear her waves surging, breaking and rolling along the shore!

Jo has a love for wild, rugged landscapes and seascapes, and is greatly inspired by the Cornish coast, especially during times of extreme weather. The rolling waves and luminous quality of light of the Atlantic and the Cornish coast have become a focus for her paintings, along with a desire to express the energy and spirit of the ocean. Her paintings are now in collections worldwide.

“I have always had a love for and a strong connection to the ocean. Growing up on the Isle of Wight meant I was never far from the sea. Rock pooling and paddling (even in icy waters during winter) were a normal part of my childhood. My painting is all about trying to capture the energy and spirit of the British coastline, but in particular moving water. The windswept coastline of the north coast of Cornwall is especially inspiring for me, and I visit the surfing beaches there frequently. Even on an overcast day the water there has a beautiful, luminous quality and there are infinite forms to the waves and dramatic lighting effects to draw inspiration from.”

Most of the paintings in this Exhibition have been painted during lockdown and as Jo explains:

“During both lockdowns, I have been fortunate to be close to the beautiful, sandy beaches of Sandown and Yaverland. I head here for daily early morning walks, and sometimes an occasional cold water swim. This experience has helped me with some of the challenges we have all faced over the past two years.

Some of these recent paintings are the result of absorbing the ever changing light effects, and moods of the sea over this time.” 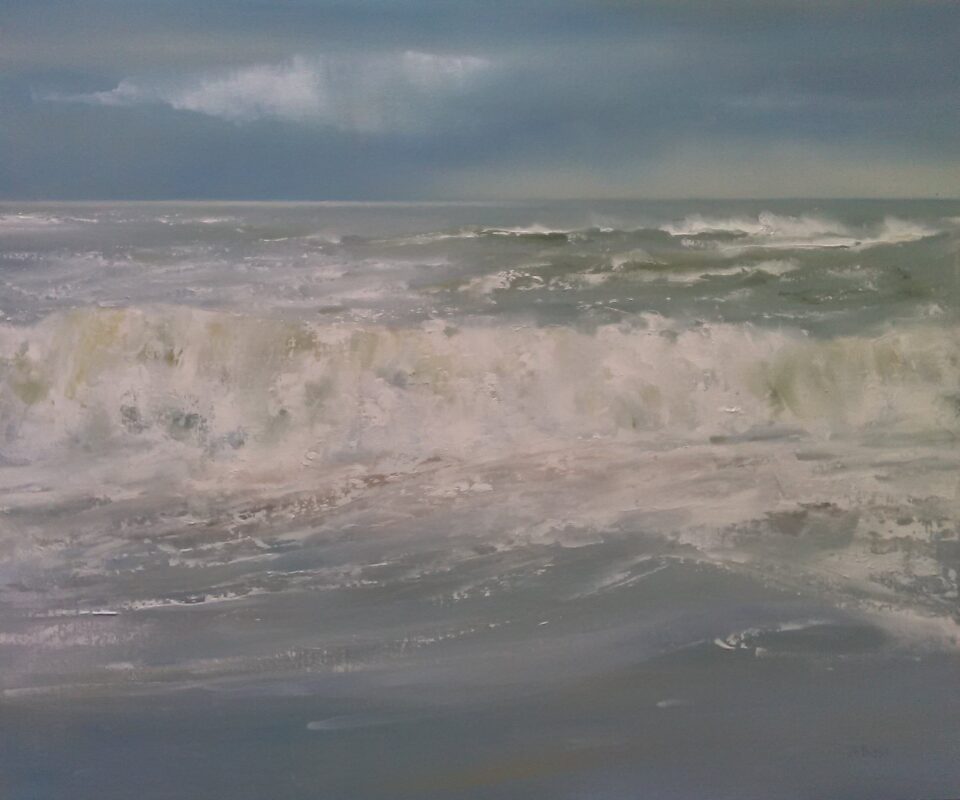 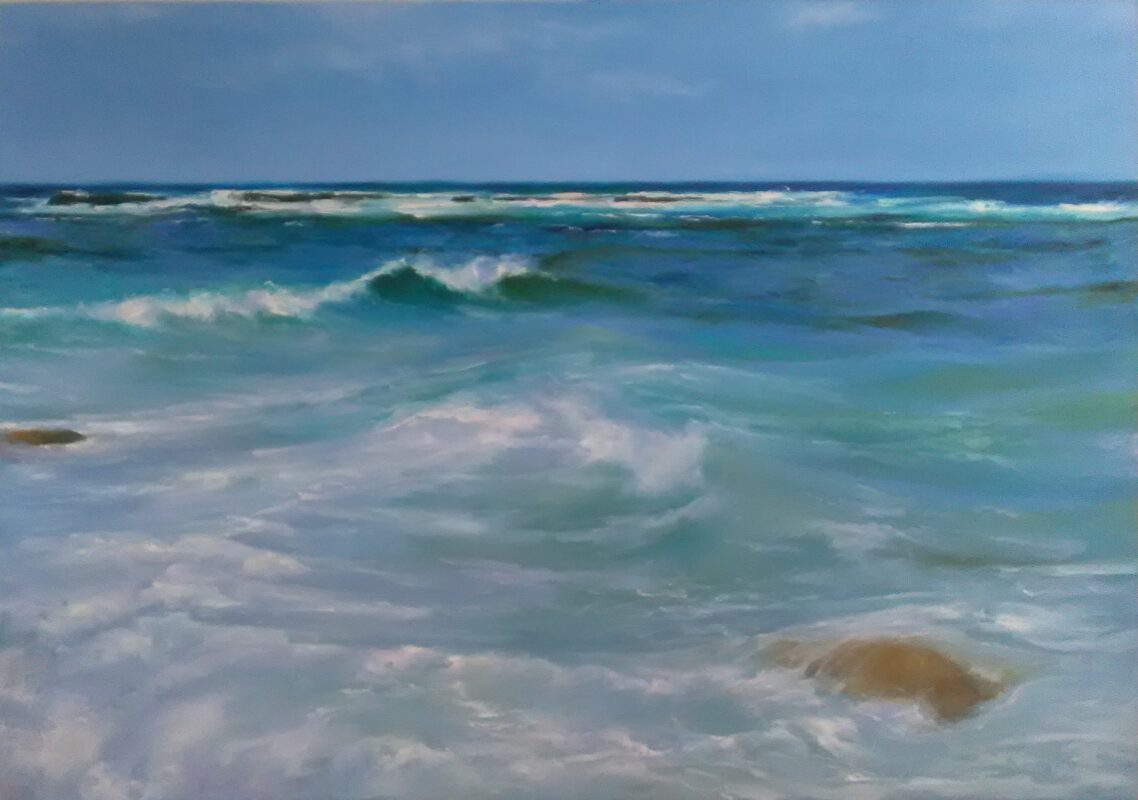 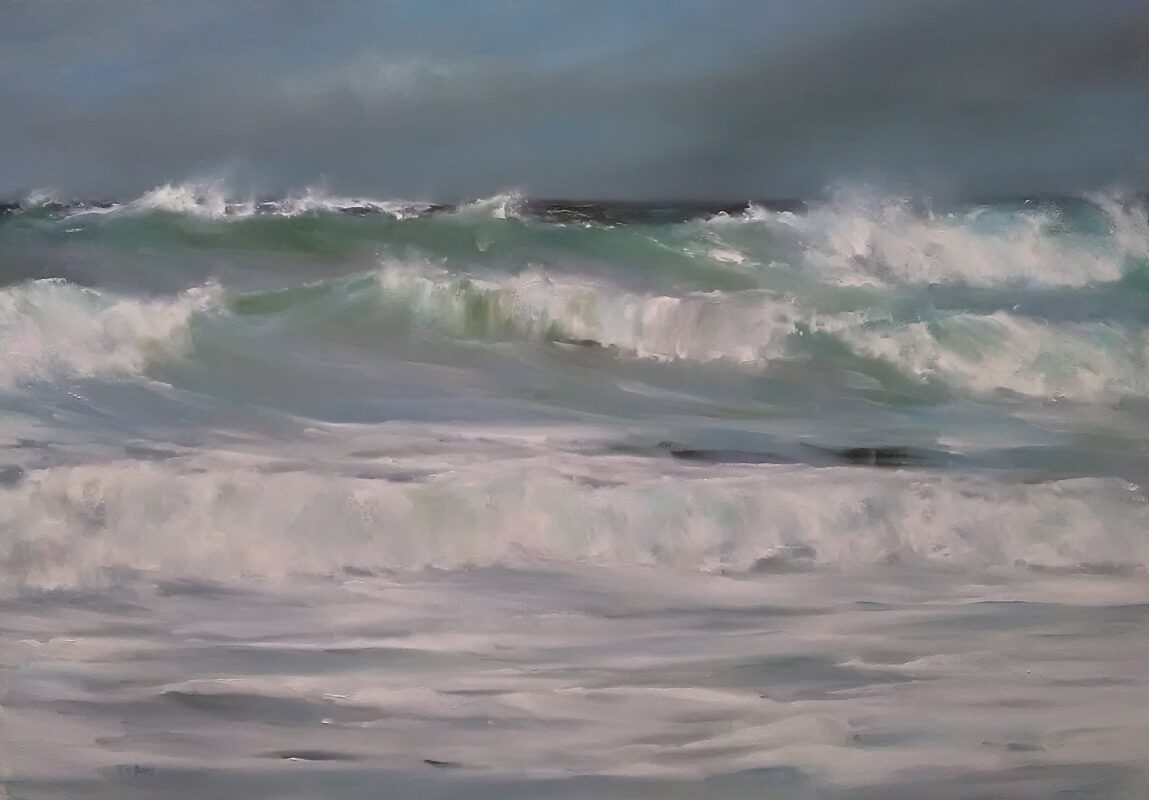 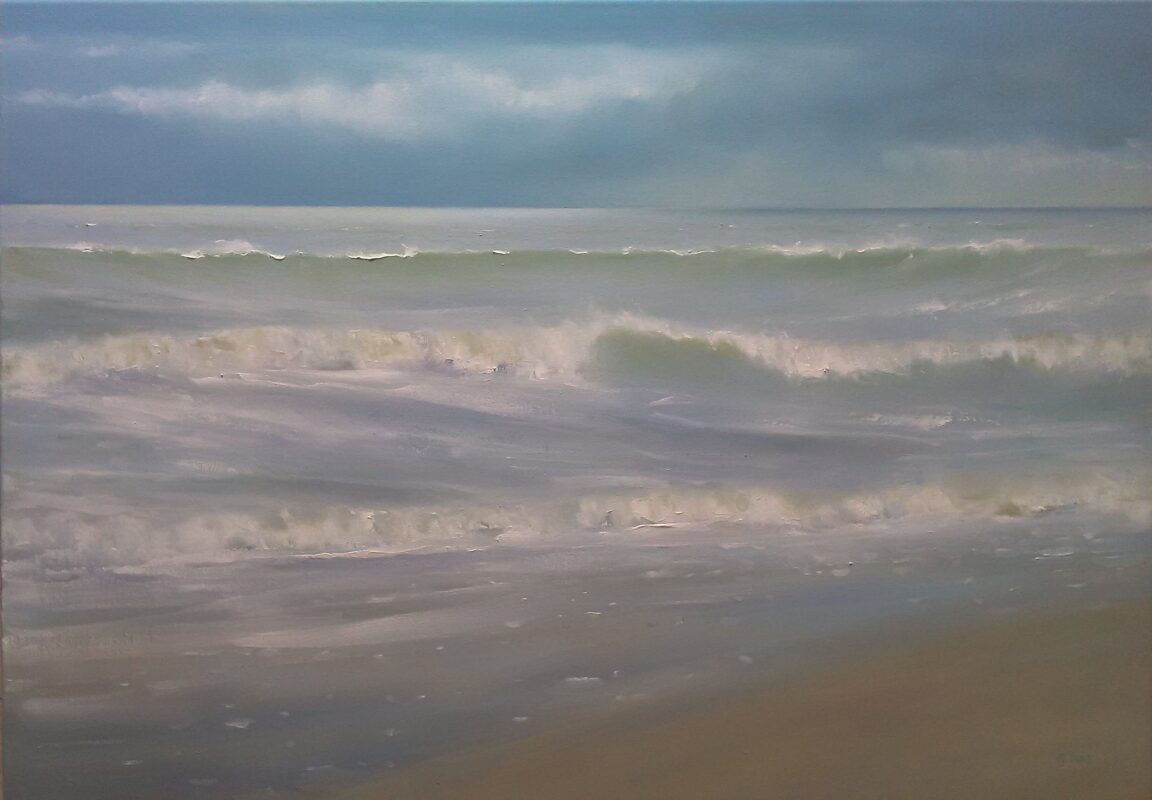 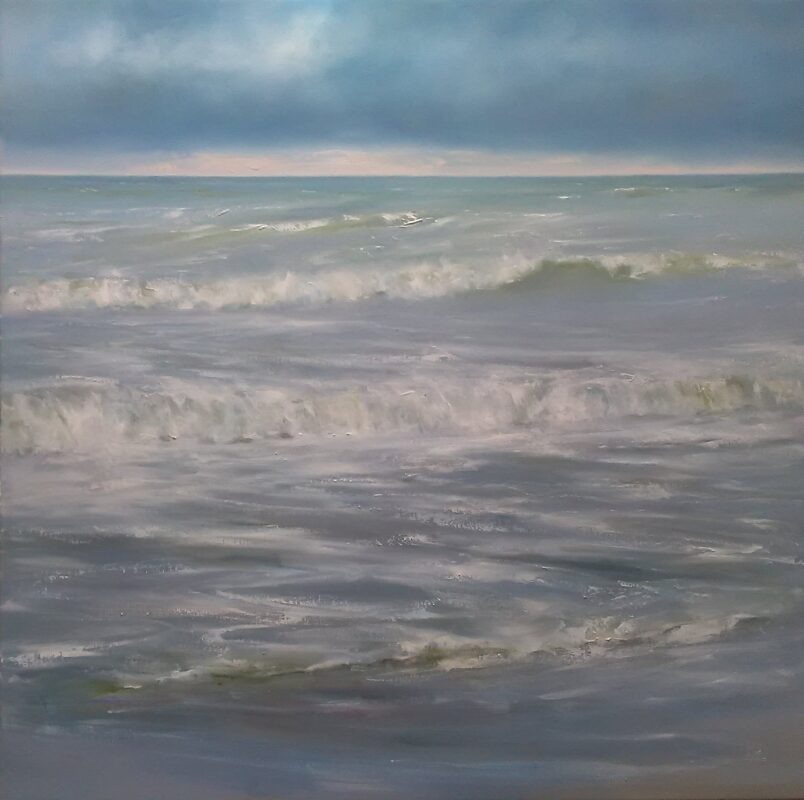 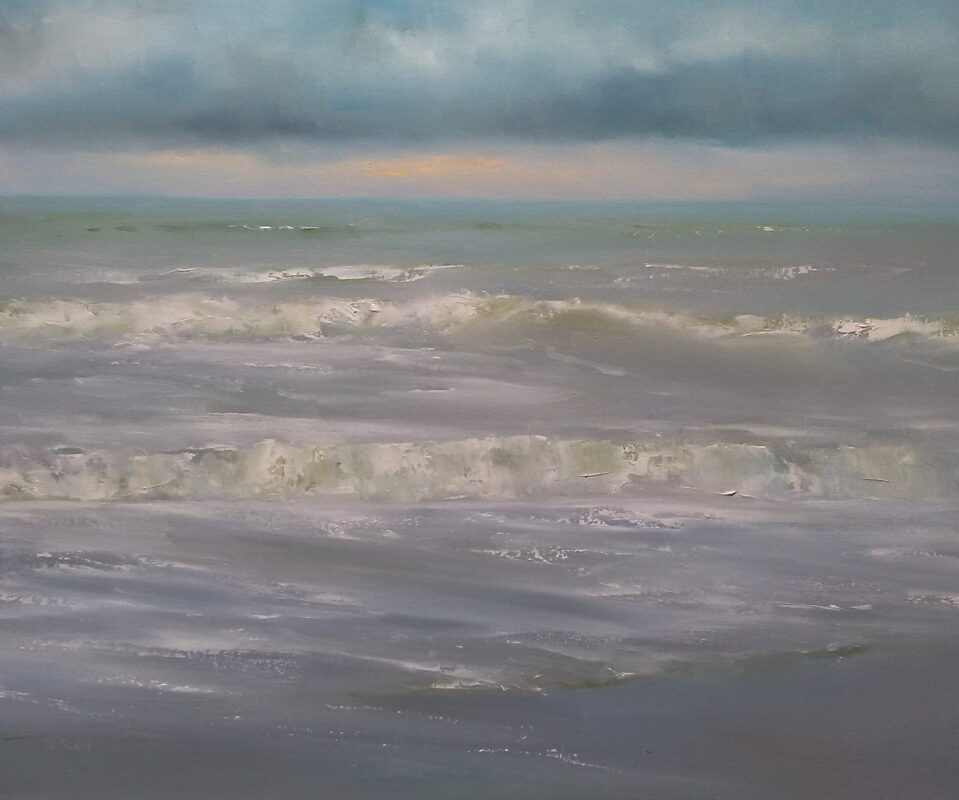 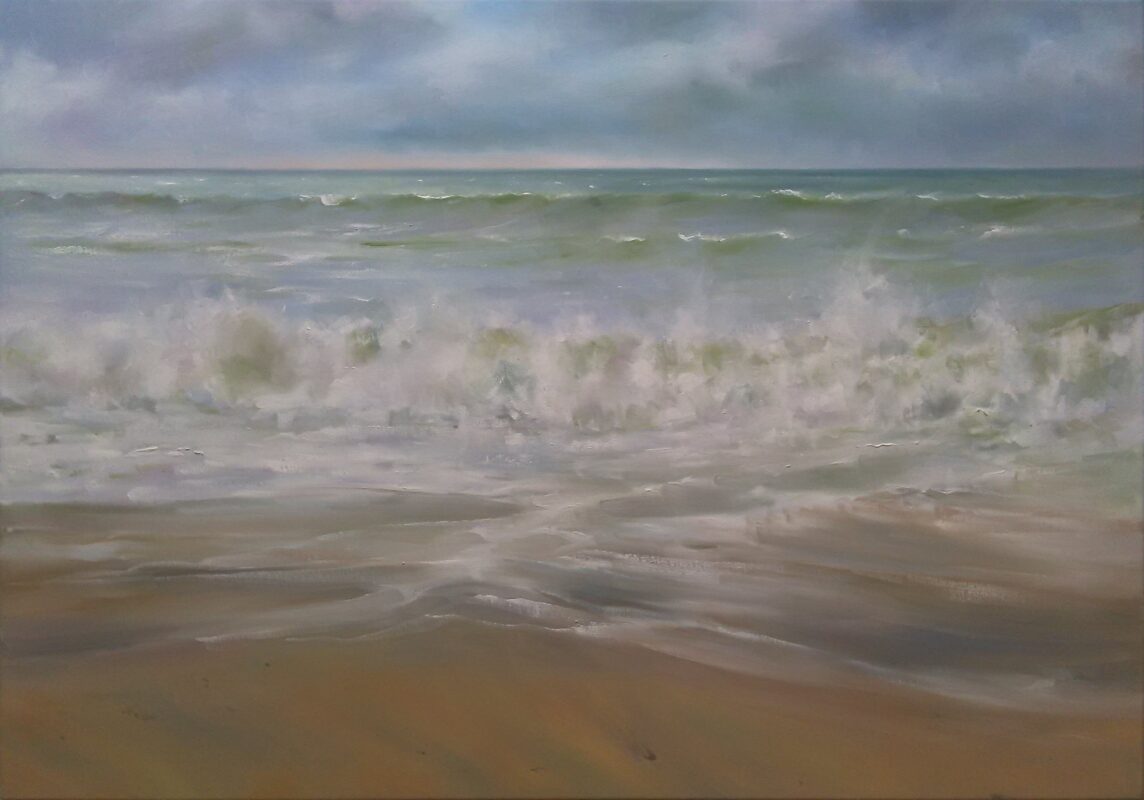 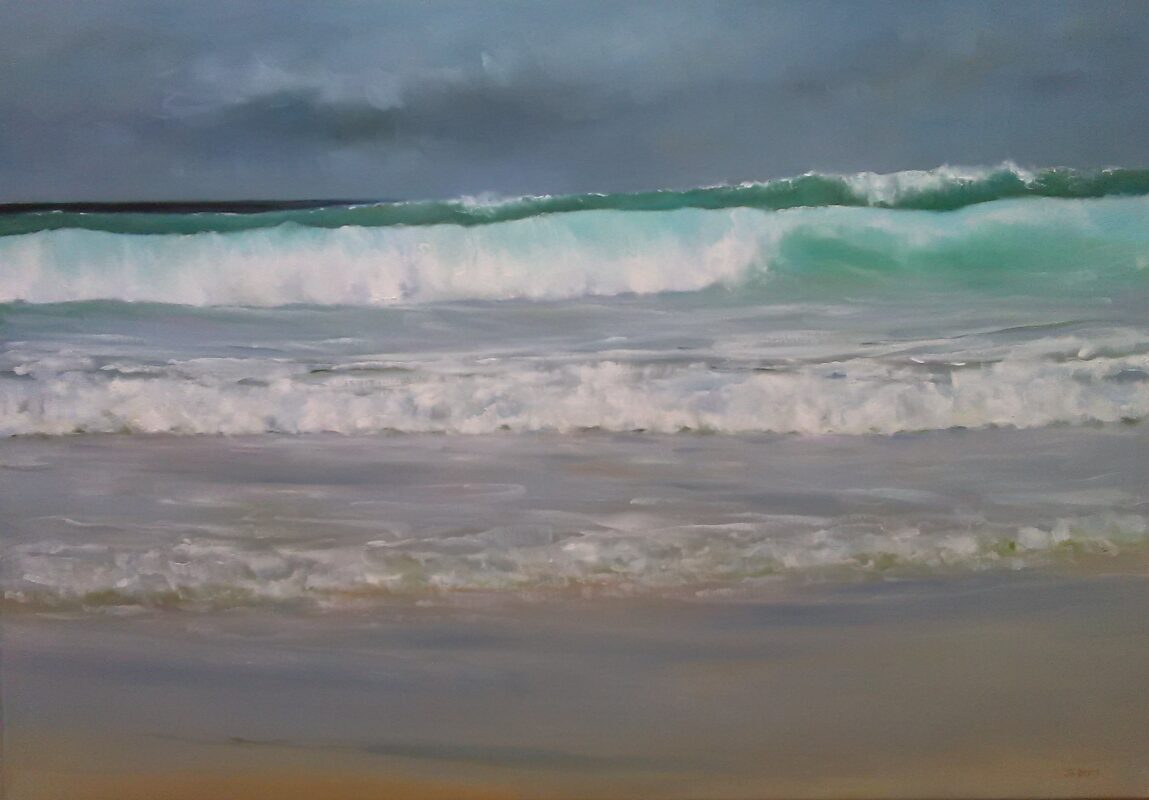 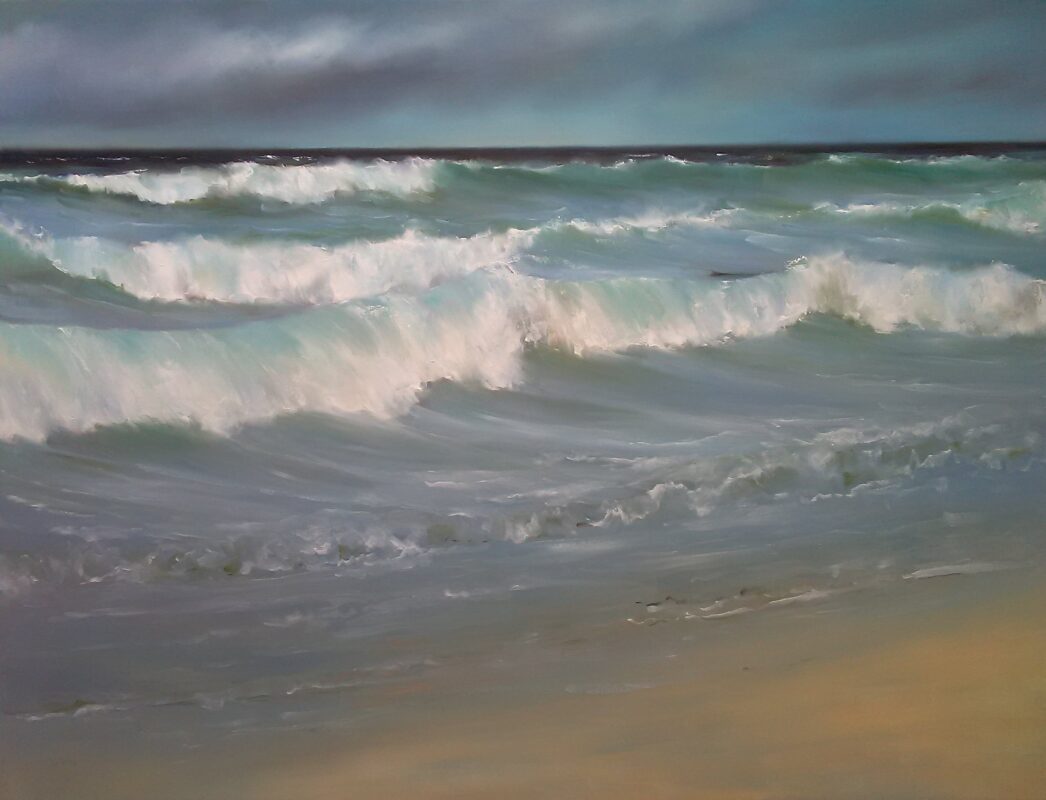 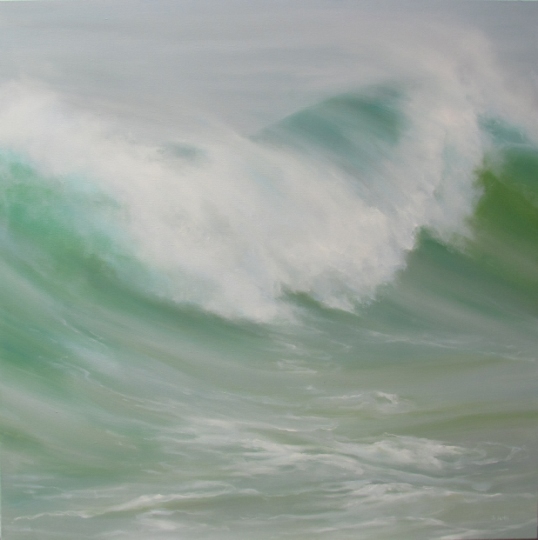 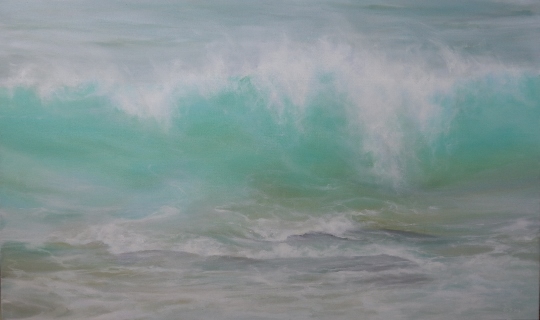 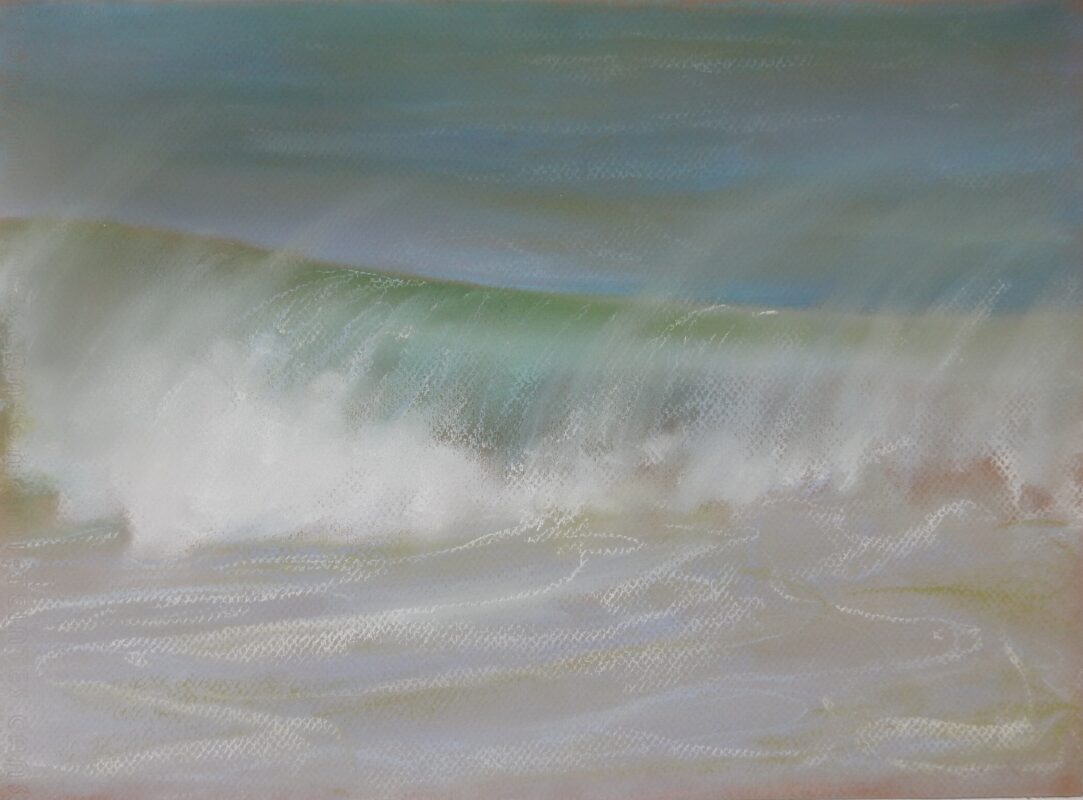 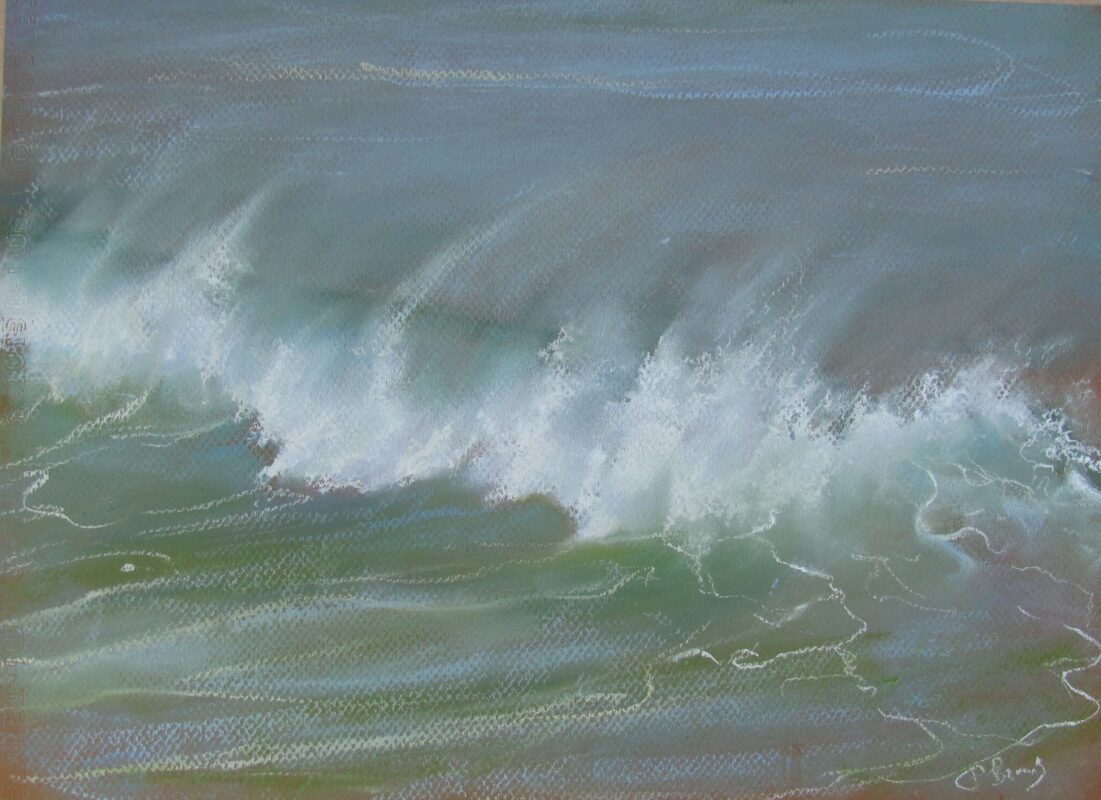 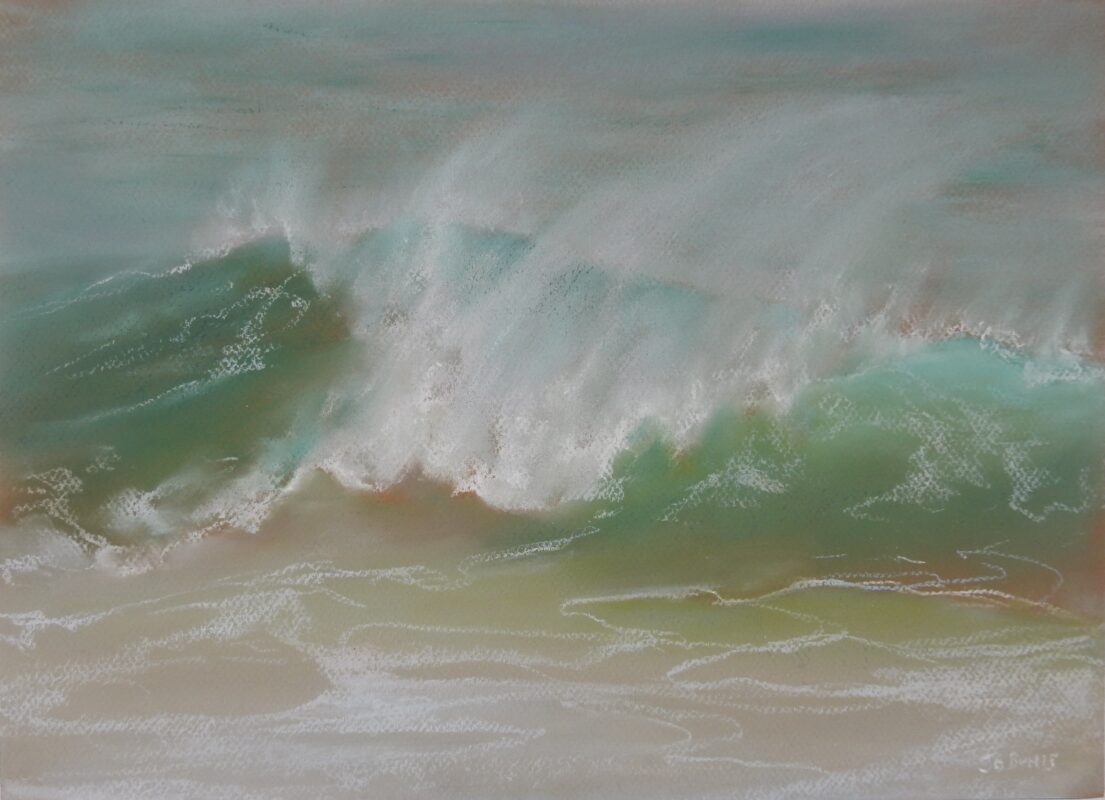 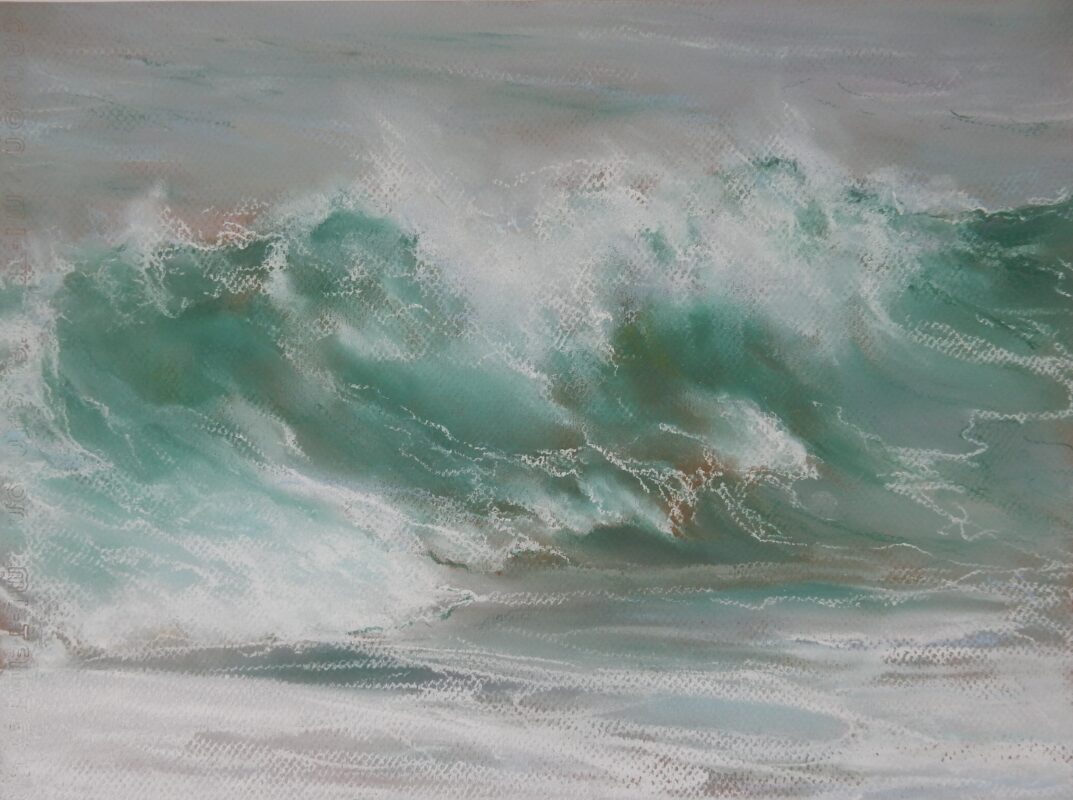 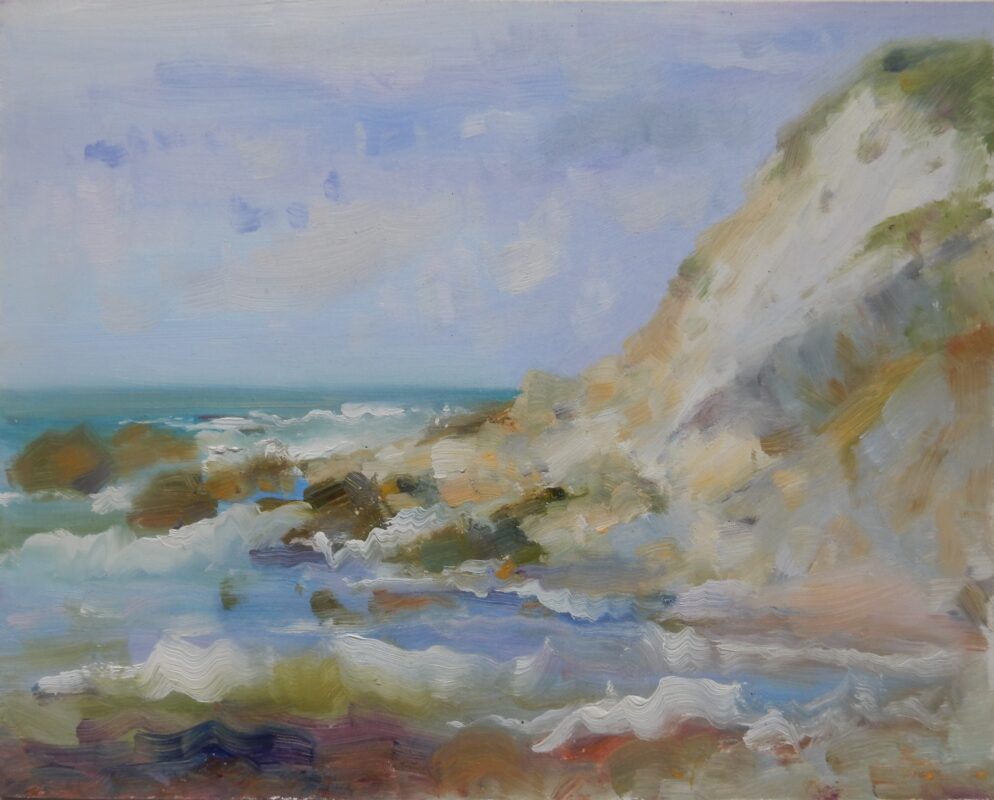 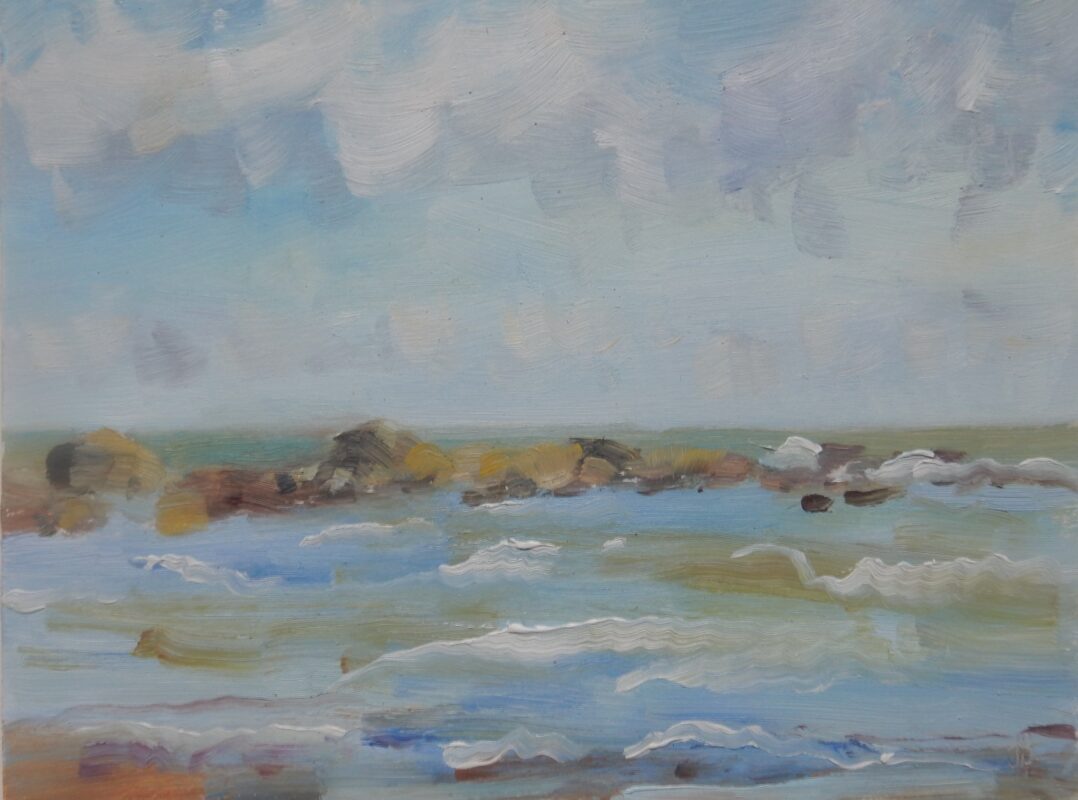 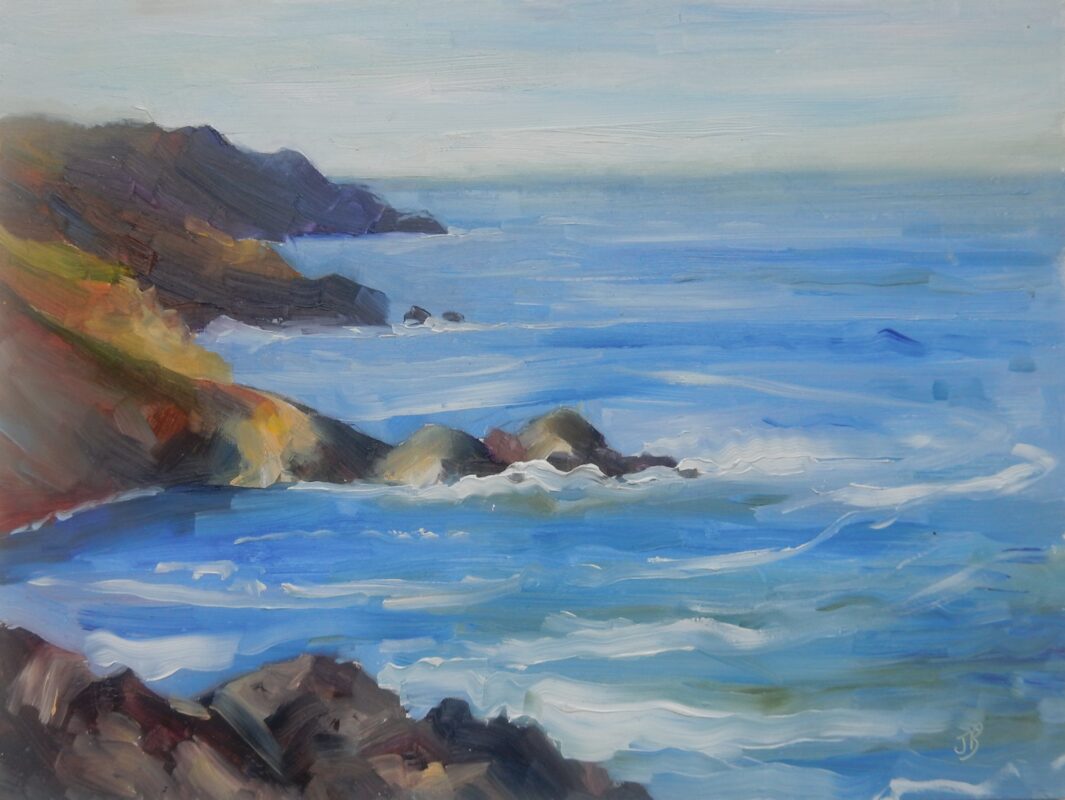 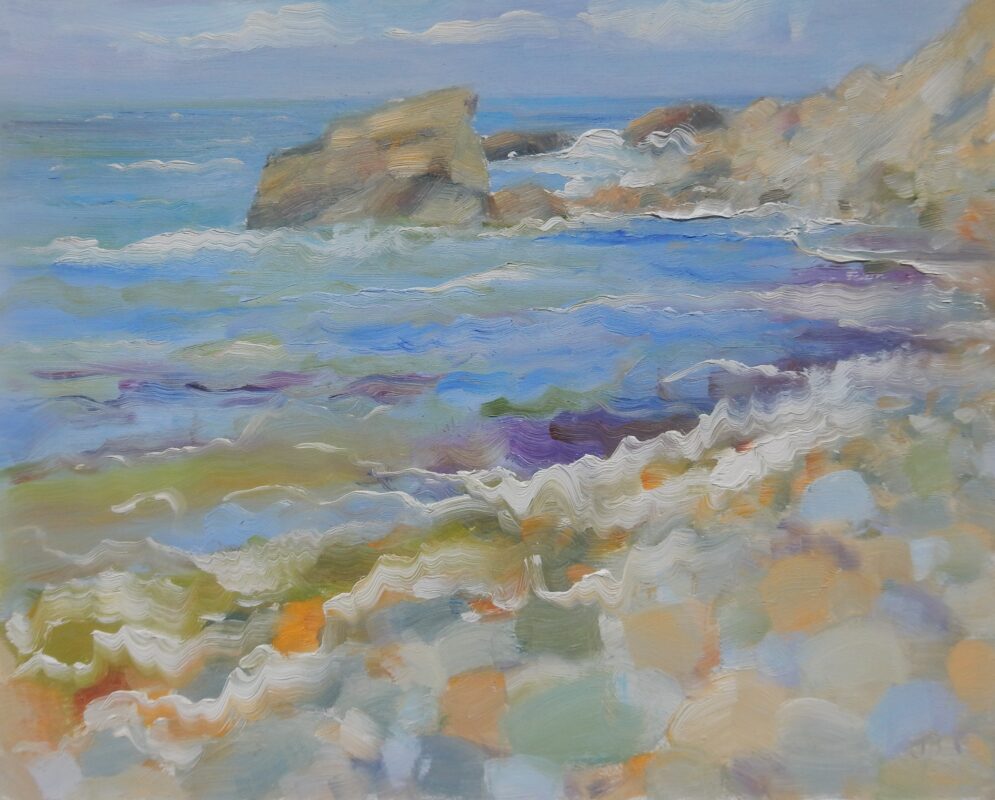 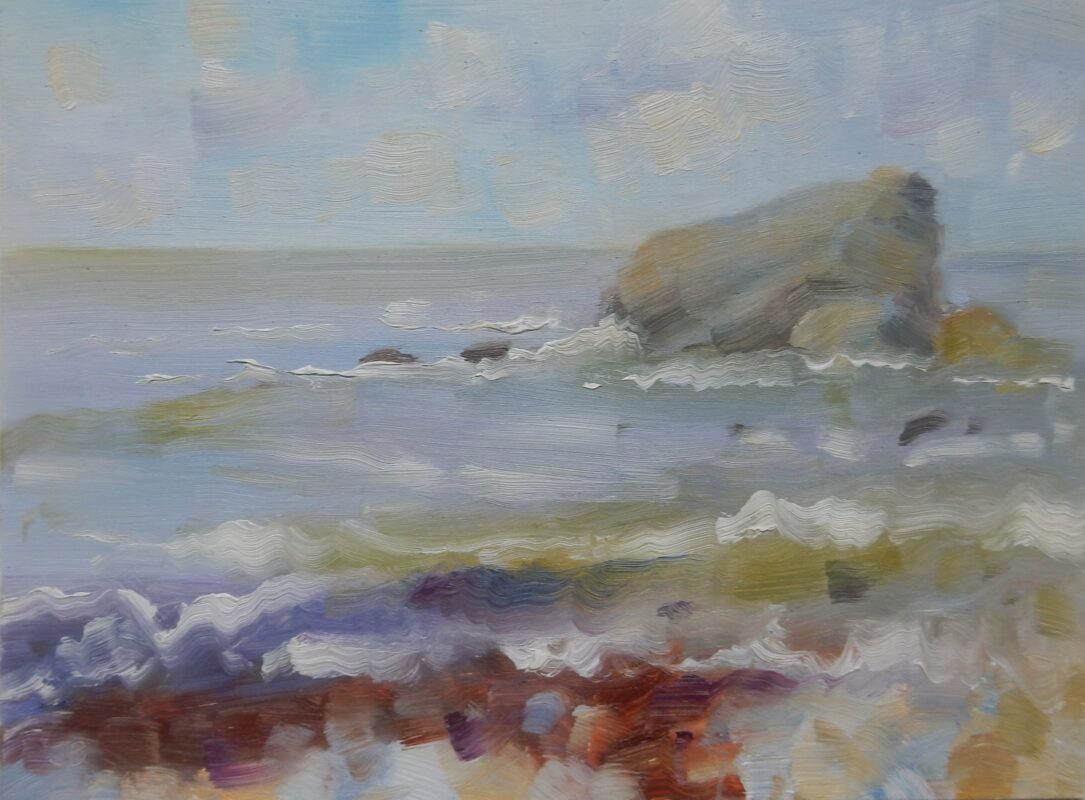 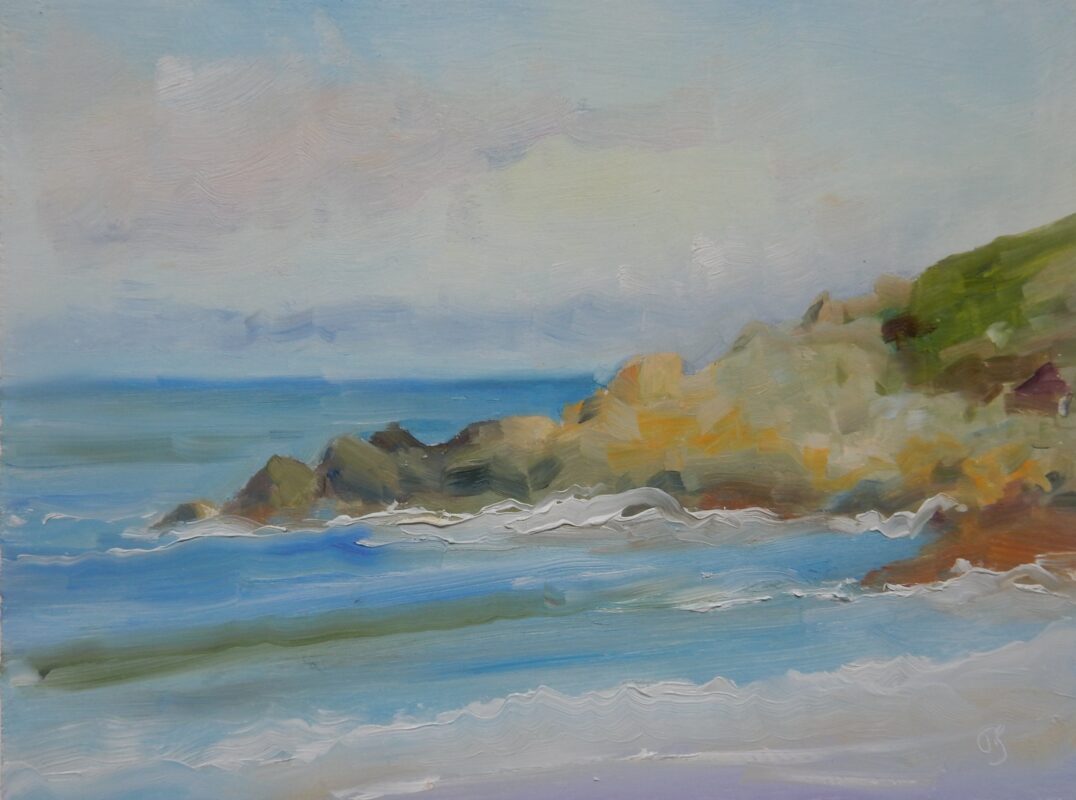 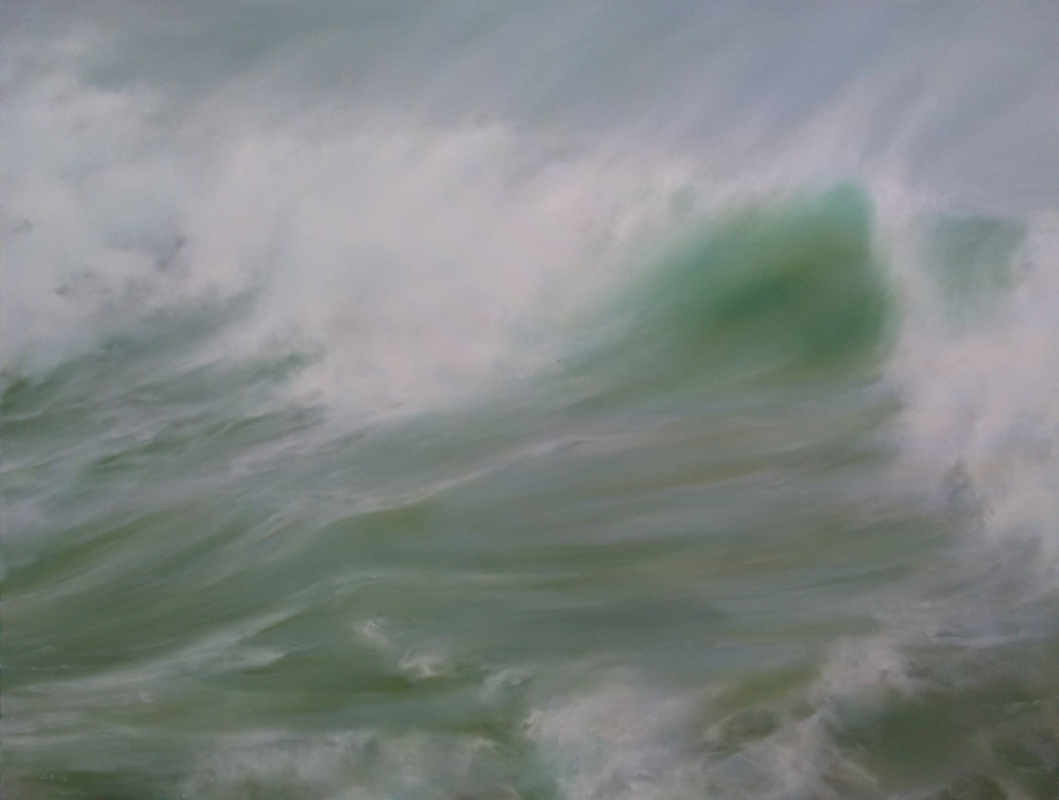 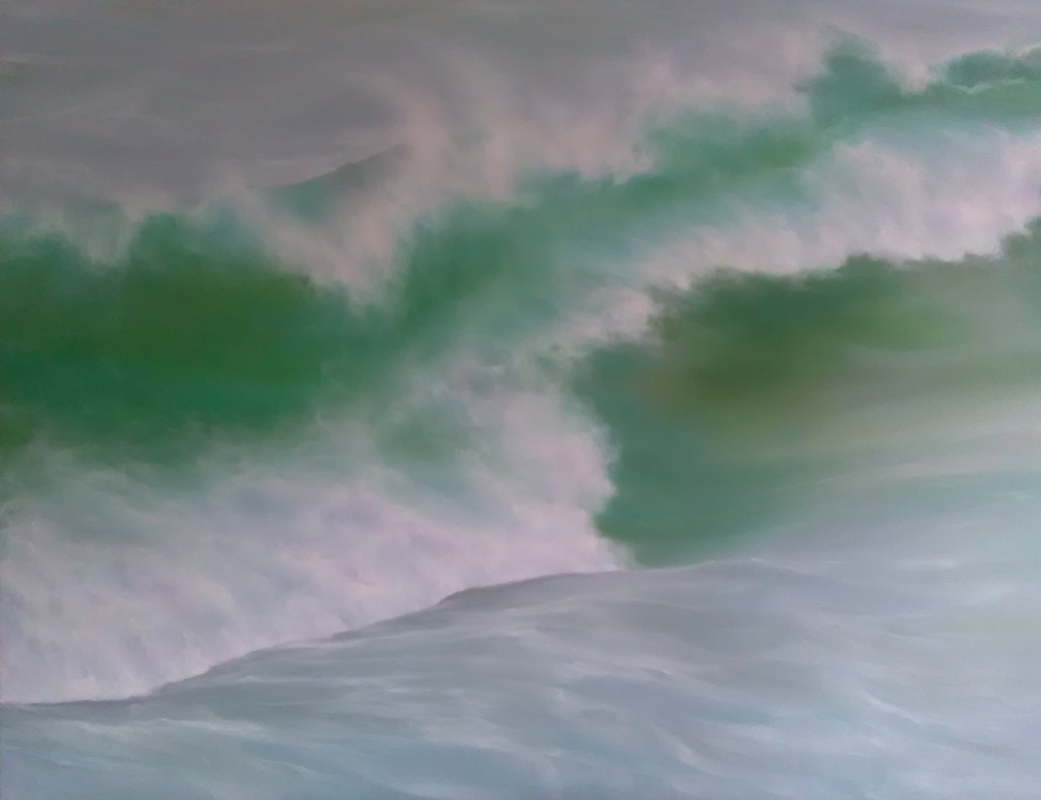