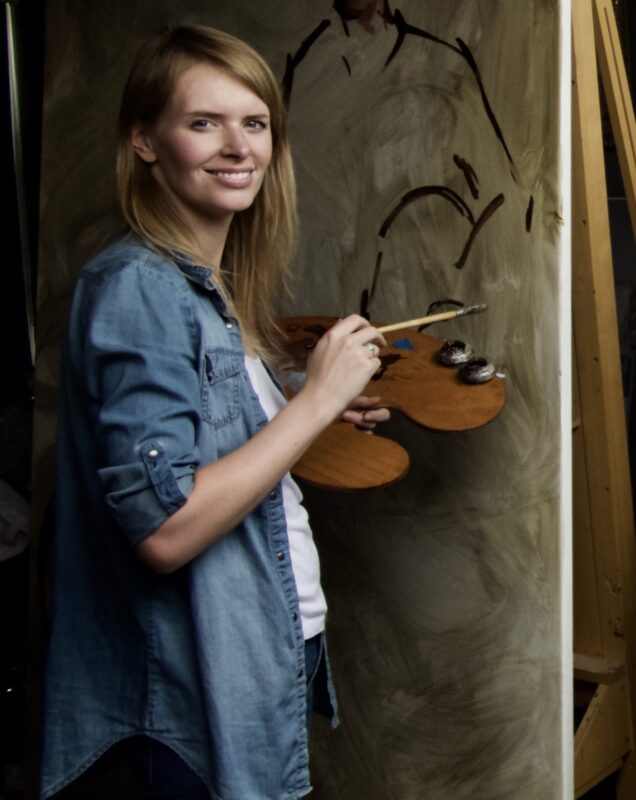 Born in London, Caroline trained at the atelier Charles Cecil Studios in Florence. She has worked from her Fulham studio for the past 10 years, recently expanding to a converted barn in the Surrey hills ideally suited to larger scale works.

Building on classical foundations that underpin her ability to capture exceptional likeness, Caroline’s portraiture is elevated by the strength of relationship with her sitters and sensitivity of line,  bringing a contemporary eye to the techniques of the old masters and in doing so capturing a moment in time that feels forever within reach.

Caroline has held solo shows in London and Brussels, with a permanent collection of her work hanging at the Defence Medical Rehabilitation Centre, Stanford Hall. She has painted several notable sitters including commissions for Halcyon Days, E4, and the British Army, and has received consistently good press coverage including BBC News and Radio 4 Front Row.

Aside from commissioned work, Caroline has spent the last few years founding and painting large scale life size works for her project ‘WARpaint’, raising funds for charities supporting Service veterans and serving personnel living with the often devastating and life-changing effects of war. This ” innovative and vibrant project”, supported by many notable corporate organisations in London and the UK, raised over £80k.  For Caroline it has been incredibly rewarding and insightful, meeting people who have had their lives affected, yet often changed for the better, despite their significant injuries.  She relishes working on such a scale and telling a story through painting.

Caroline’s interest in depicting faces from other countries and cultures takes up wall space in her studio too.  Travelling widely with her easel and paints, she has a particular love for the colours of Africa, and the warmth of the people she encounters. In the future she plans on painting pieces from a trip to Papua New Guinea.

For now, after recently having her second child she is working on a new body of work based on relationships and connection. 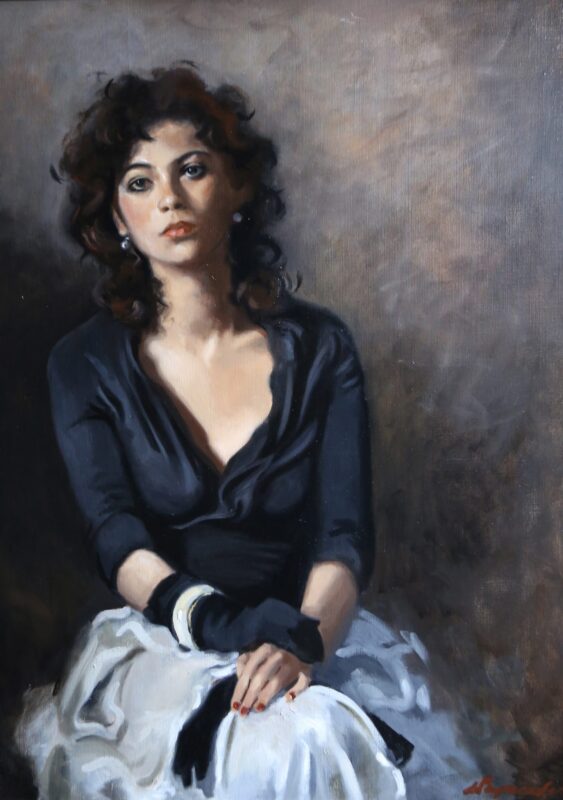 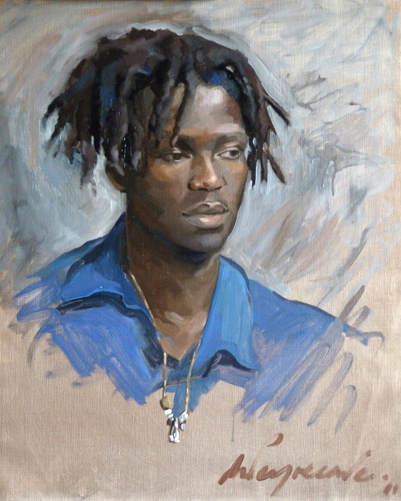 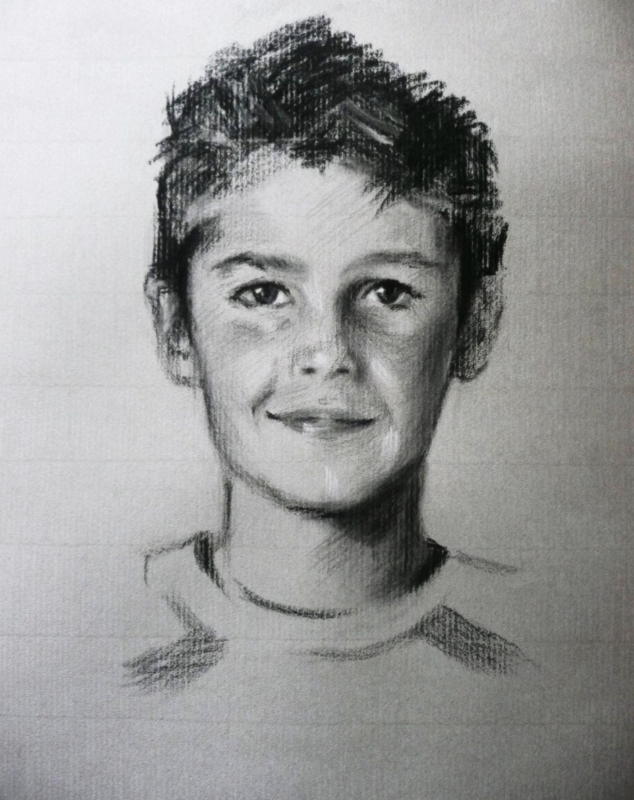 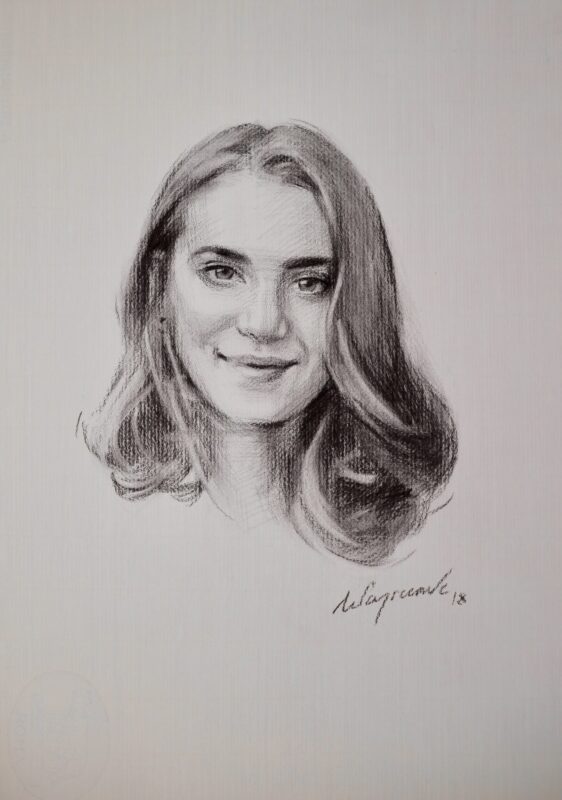