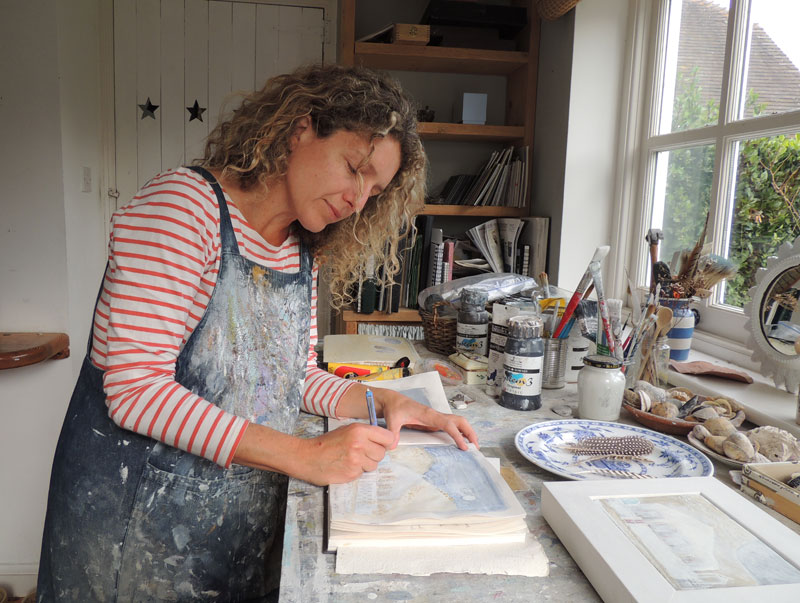 Christie Bird was born in 1970 in the British Virgin Islands. This tropical childhood formed her earliest influences including watching her mother paint large, watercolour still lives on the kitchen table. After attending the School of The Museum of Fine Arts in Boston, U.S.A., Christie moved to London to work as a muralist and set painter.

She now paints full time from her home near the sea in Freshwater Bay, Isle of Wight.

Christie’s gesso-based still lives are easily influenced by the shingle beach and fields of wildflowers nearby, but perhaps the light and colours of her childhood on Tortola remain her most important influence. 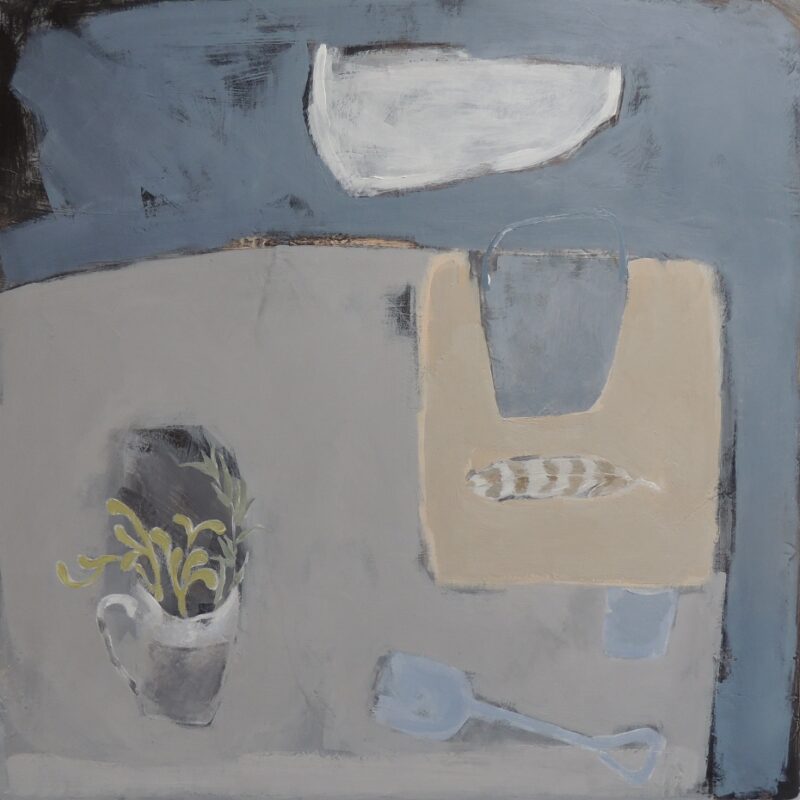 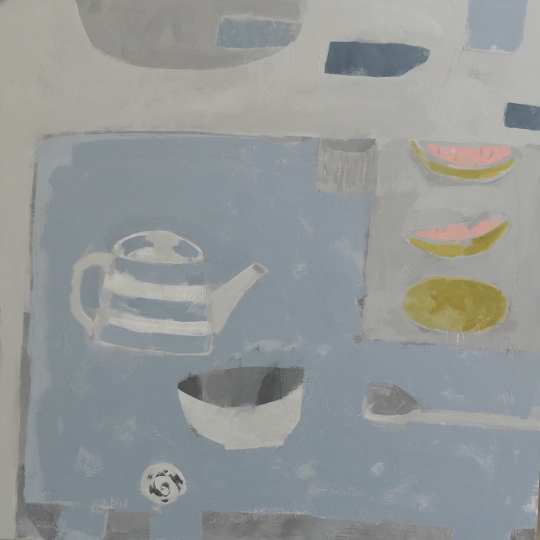 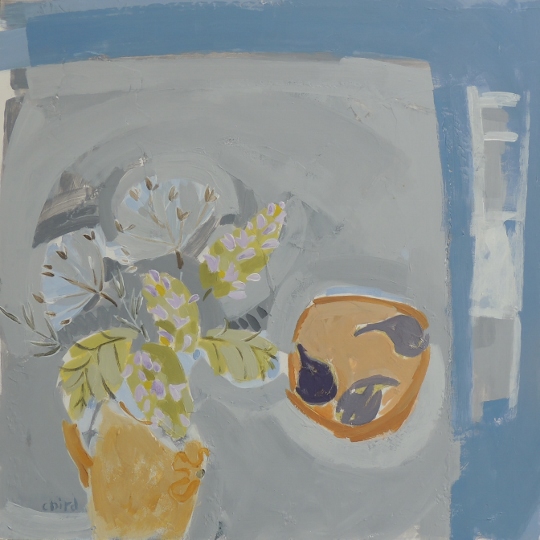 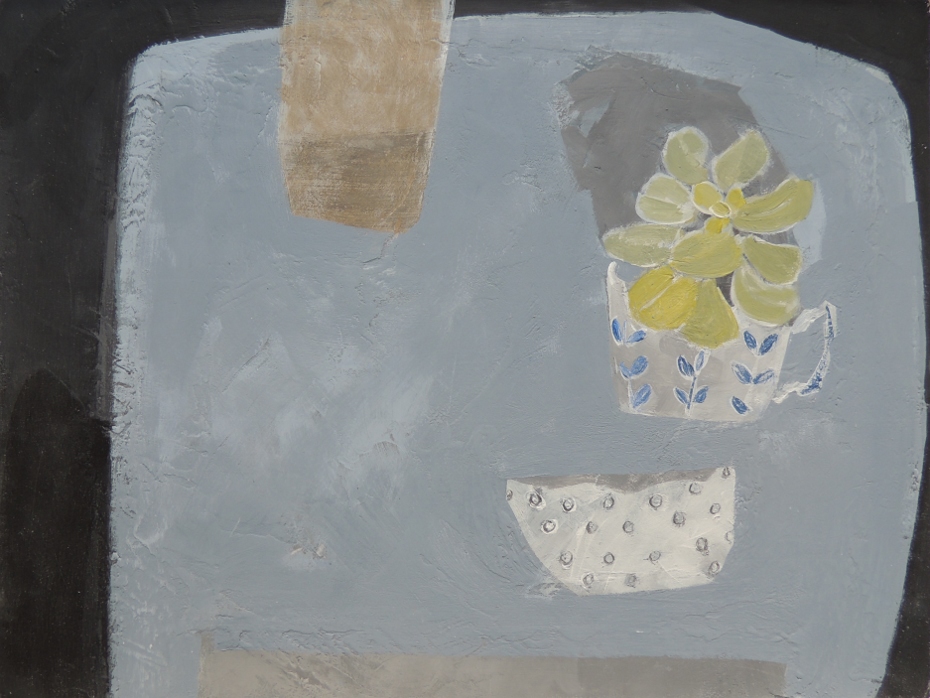