An elected member of the Royal British Society of Sculptors and the Society of Women Artists, Christine specialises in figurative sculptures and portraiture.  She strives to show life and natural movement in each piece and feels it important to capture not only a likeness but also the spirit and personality of each person.  She works in clay, using sculpting tools to lay on and cut back, forming shadows, depth and light to the finished surface.  Her work is cast in Bronze or resin in either short-run limited editions or on commission.

Christine was chosen as one of the 10 official Olympic artists by BT for the London 2012 Olympics.  Her Sports figures show not just their strength and power, but also the focus and determination of each athlete and a number of them were purchased as public sculptures.  Her sculpture ‘Winning Shot’, the action portrait of Paralympic Basketball player Ade Adepitan MBE, won the ASC sculpture award at the Mall Galleries, London, in 2011, and was purchased in Bronze by Woking Borough Council and also by Sir Keith Mills GBE, for his London offices.  The action figure ‘Sprint’ also won a sculpture  award,  a Bronze ‘Diving In’ was purchased by University of Surrey Sports Park, Guildford and ‘We Carried the Flame’ was  purchased by Waverley Borough Council for the their Council Offices in Godalming and by BT for their offices in the  BT Tower, London.

Other public sculptures include ‘Ian Ricketts’ for University of Surrey, ‘Seeds of Hope’ (two life-size figures) for Guildford Cathedral, ‘Out of Reach’ (life size figure) for Royal School, Haslemere and ‘Oranges and Lemons’ (5 life-size portrait figures) for Ramster Gardens, Surrey.

Trained at Wolverhampton College of Art between 1965 and 1968, Christine has followed a varied career, including work in the fashion industry, fine art and work with young people & adults with learning disabilities.  The sculptural form, especially the human body, has always been of particular interest and, although rather later in life than she would have wished, Christine is now able to concentrate on the form of art that really inspires her. Since 2000, as well as a number of limited edition pieces, Christine has completed over 40 private and public commissions. 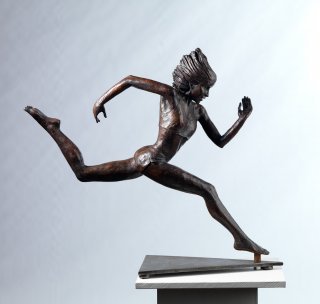 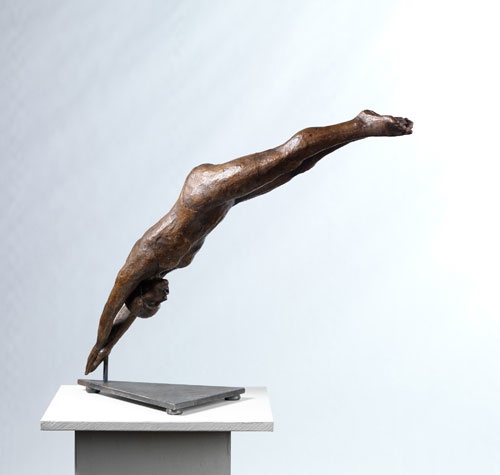 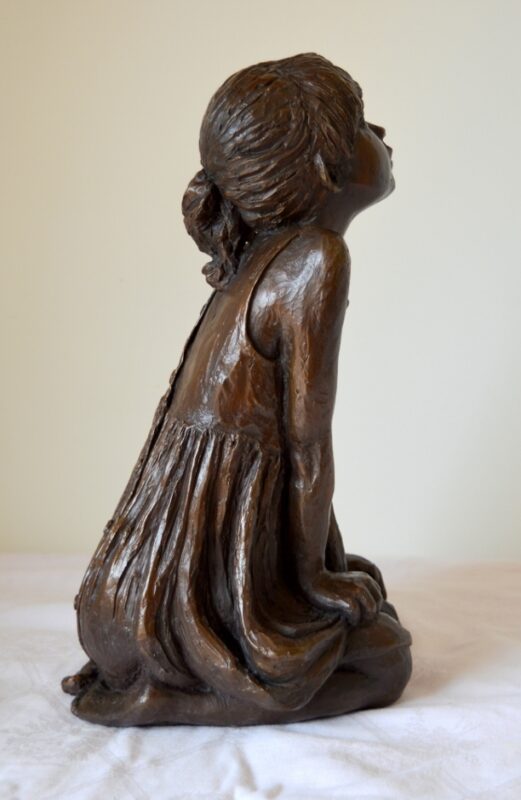 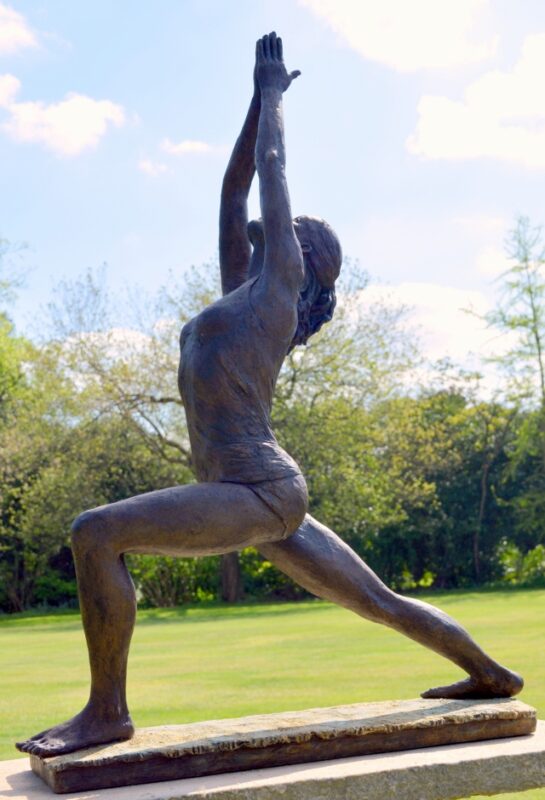 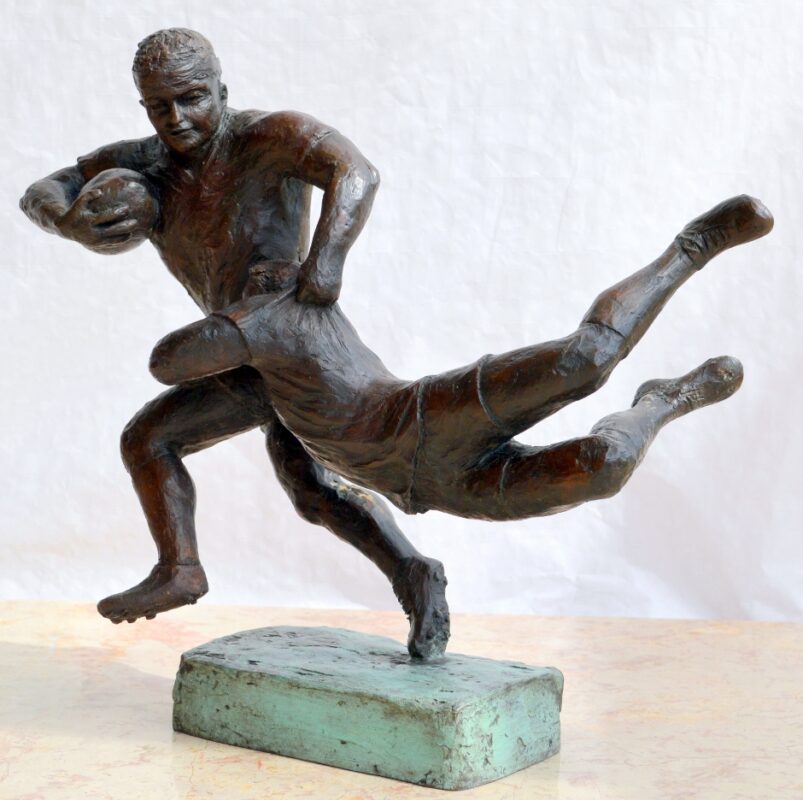