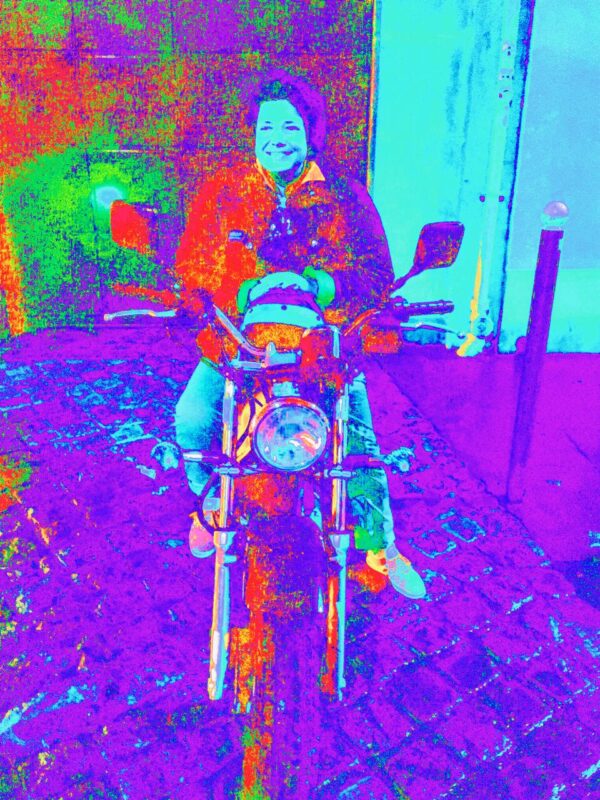 Acknowledging that people often describe her photographs as being like paintings, Laurence said: “I paint with light. My camera is my brush. My canvas is the building, the people, the landscape or seascape around me. My paint is the light.”

Art critic Eric Dem Collec said: “We have a relationship with her photographs. They transmit an unusual feeling, that of a special tranquility. I had previously only experienced this when looking at certain paintings.”

Interested in photography from a young age, Laurence got her first camera as a 12th birthday present. However it was the Minolta Reflex with two lenses she was given as a sixteen year old that ignited her passion. Today she uses a Leica M9 and the Nikon D800 and D5.

Laurence decided, even after digital photography arrived, that she wanted to follow in the tradition of the great photographers of the past.

“I made an agreement with myself that I would treat my digital camera as a film camera,” she explained. “I do not take hundreds of pictures: each picture is thought through carefully.  There is no reframing/trimming, no brushing, no montage, no superimposition. I set all the settings manually just as I would on a film camera.”

In the process of developing, she brings out phosphorescent colours and ghostly shades contained within the images. “I love colours and contrasts. I feel that my photographs can capture and give out energy, positivism and enthusiasm for life,” declared Laurence.

Eric Dem Collec asserted: “Movement, vibration and even sound seem to be revealed in the colour.”

Laurence de Vogüé is noted for her vibrant city scenes. “People and their lives interest me: nature and human creations,” said the artist. “What is important to me is that my photographs are alive: they capture life and live on.”

In her new work, Laurence de Vogüé has introduced a new technique: double exposure. “By that, I mean two images taken as one,” she explained. “This enables me to increase the expression of the image. Big Ben and the Wheel show an eternal continuity: time goes by and yet remains. Tradition is opposed to modernism, stability to movement.” 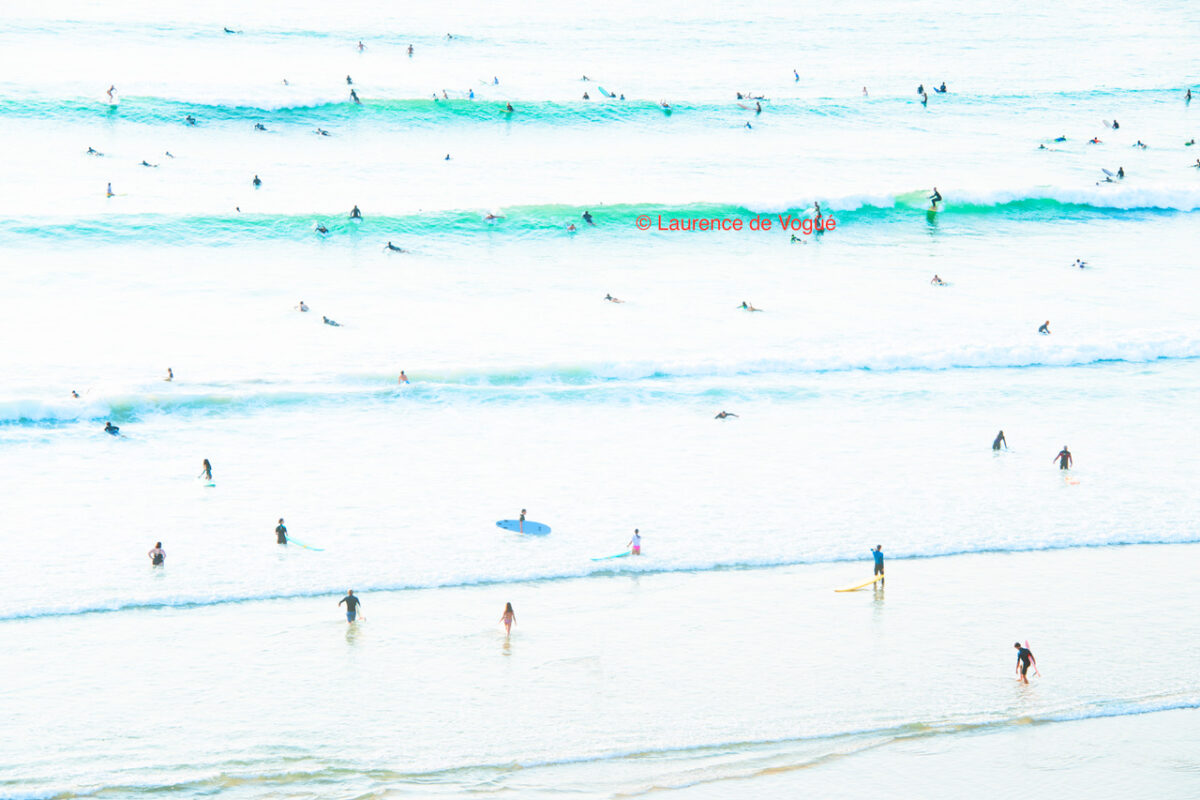 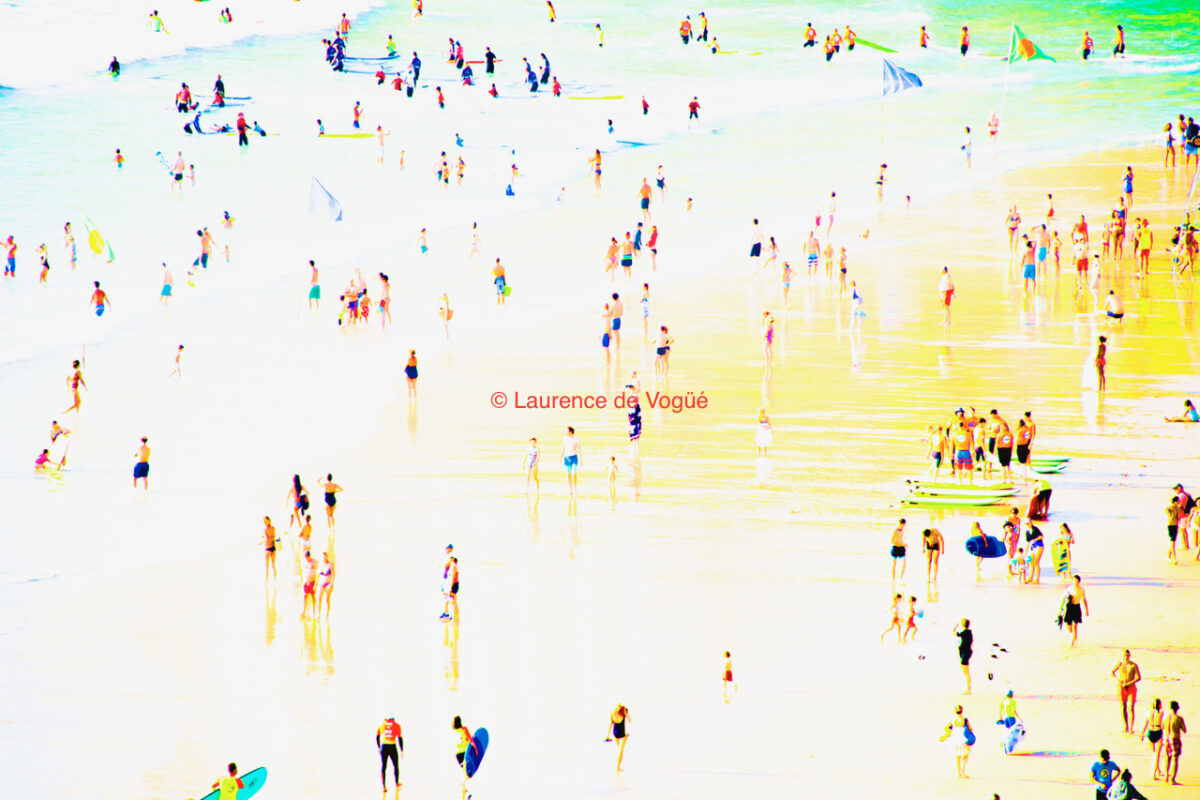 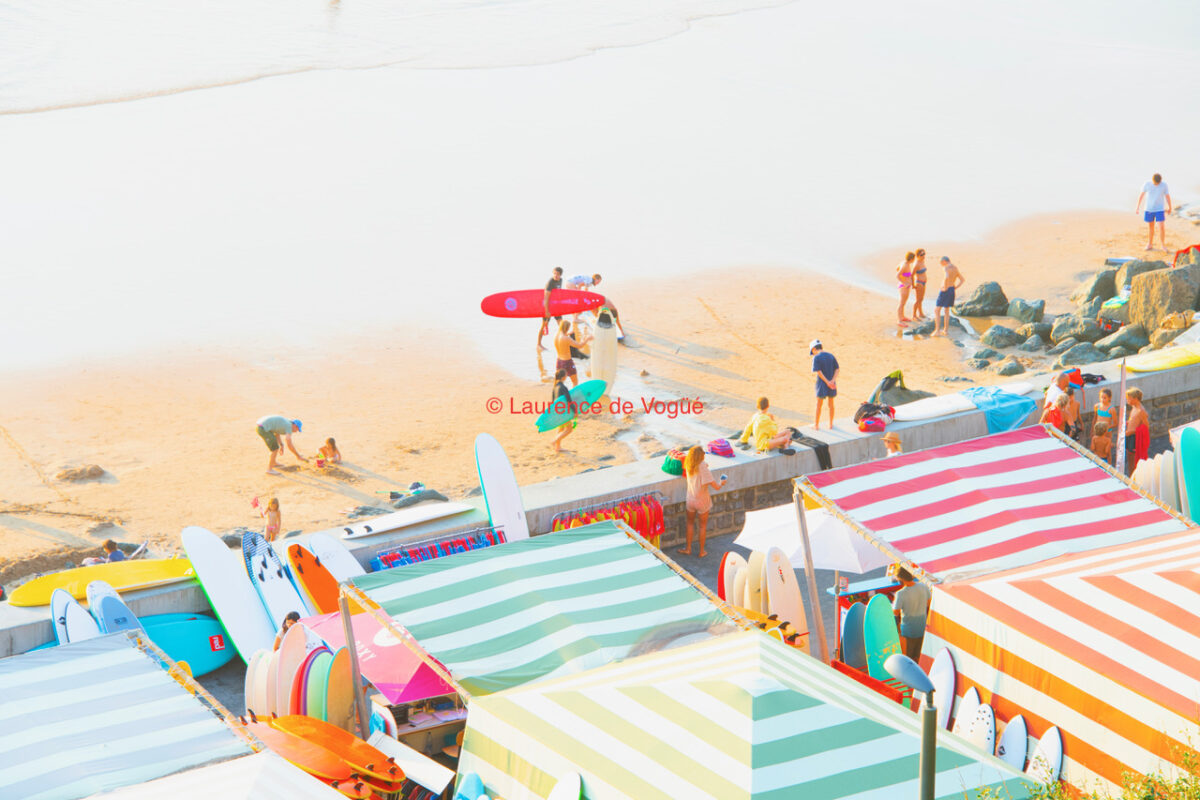 Late Afternoon by the Beach I 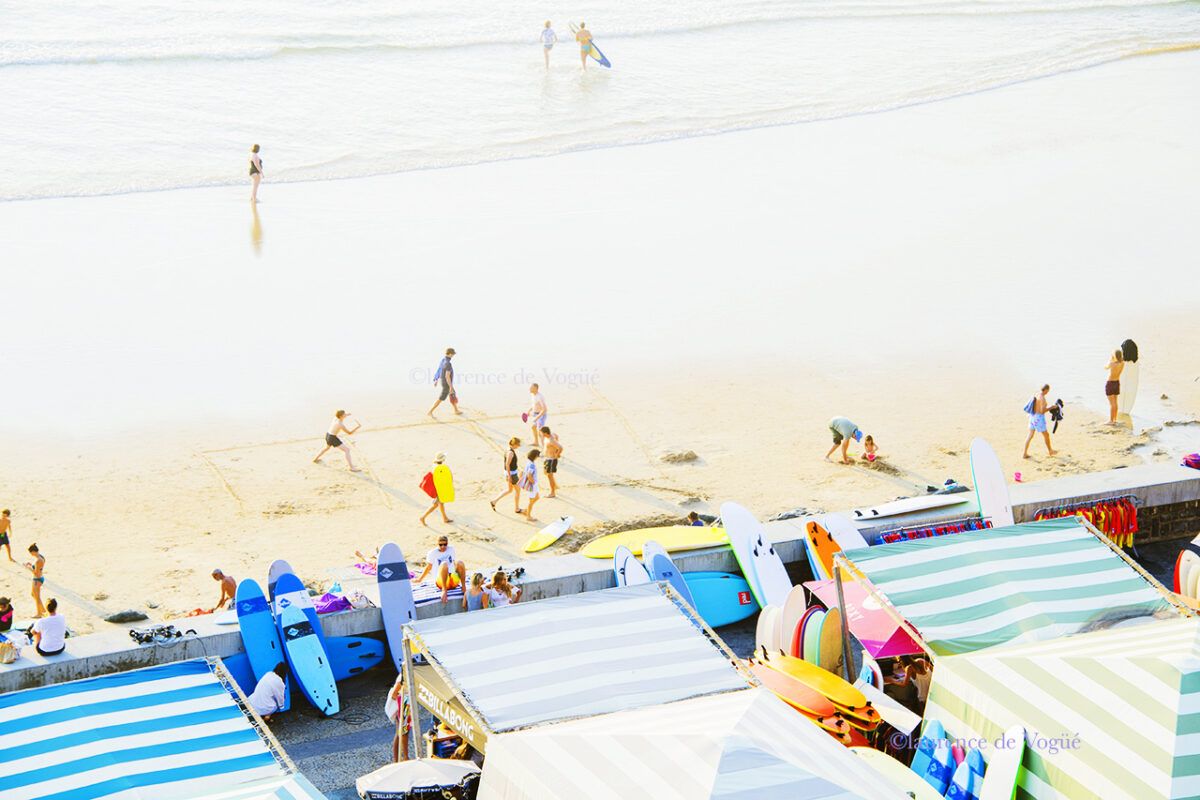 Late Afternoon by the Beach II 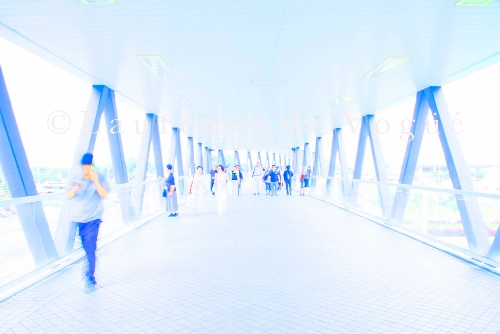 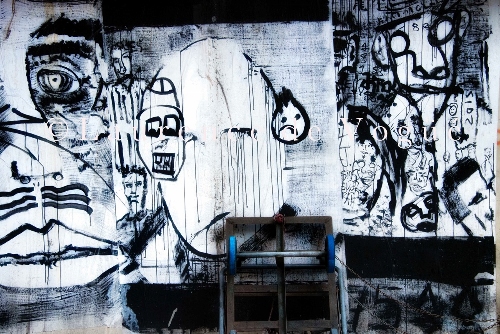 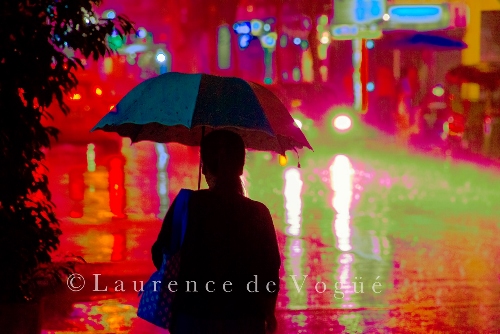 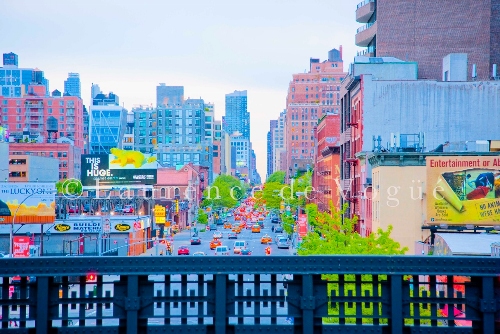