Nicholas Verrall graduated in Fine Art & Printmaking at Northampton School of Art. He worked in picture conservation and restoration before becoming a full-time artist in 1970. His first one man show was at the Upper Grosvenor Gallery, 1971. This was followed by regular exhibitions at Seen Gallery, Belgravia. Nicholas was first hung at the RA in 1976 and subsequently eleven times after that.

Throughout the 90’s to the present date Nicholas has had regular solo exhibitions at the Catto Gallery , Hampstead. His work has also been included in many major art fairs, including the International Arts Fair, Olympia & the 20TH Century British Art fair, London. His work has been exhibited widely in the UK and also in France, Hong Kong, Japan and America. It is held in numerous private and public collections including, The City of London, Surrey University, Crownlife and B.A.T. His books and publications include, ‘Nicholas Verrall Colour and Light in Oils‘, Curwen Studio’s 1958-1998 and ‘An Introduction to Drawing and Painting Still Life’.

Nicholas has received numerous prizes and awards including ‘The City of London Annual Exhibition Prize’, the ‘Abbot and Holder Prize’, at RWS, ‘The Artist Magazine’ prize, 2011, and ‘The de Laszlo Medal’ 2015 from the members of the RBA. He is also listed in ‘Who’s Who in Art’ in 1986.

Nicholas is renowned for his Mediterranean landscapes, where light and colour play a major part of his interpretation of a subject. It is the dramatic interplay of light and shade which creates such an evocative atmosphere and appears to capture a transient moment to be shared with the viewer.

“In all my paintings, whether the subject happens to be a Provençal landscape, a balcony crowded with potted plants, a quiet interior or a Venetian antiques shop, invariably there two elements that interest me most – light and colour. I am constantly fascinated by the way that a certain quality of light can radically alter the character and impact of a subject and make it something unique, and it is this moment of ‘uniqueness’ that I try to capture in my paintings through the considered use of colour.” (Nicholas Verrall – Introduction to ‘Colour and Light in Oils’) 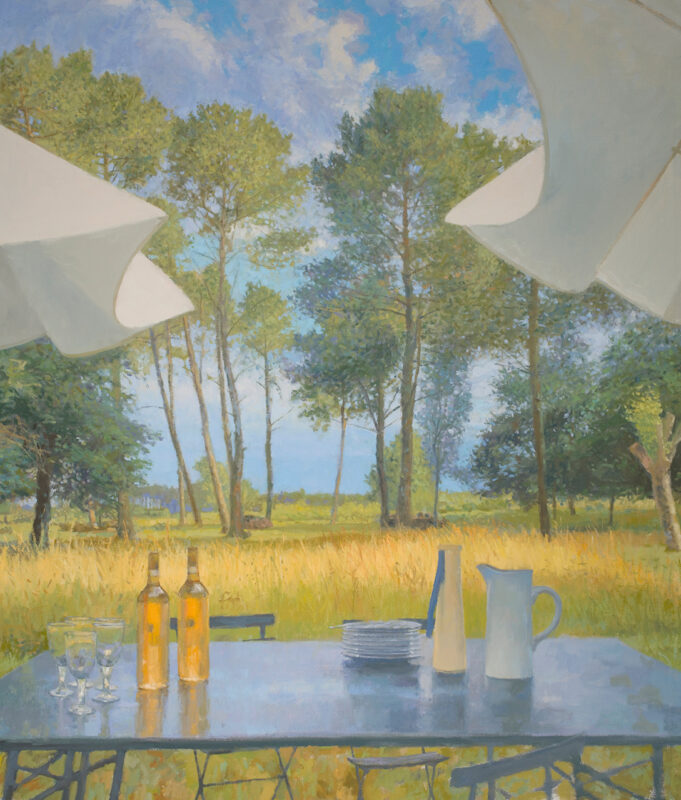 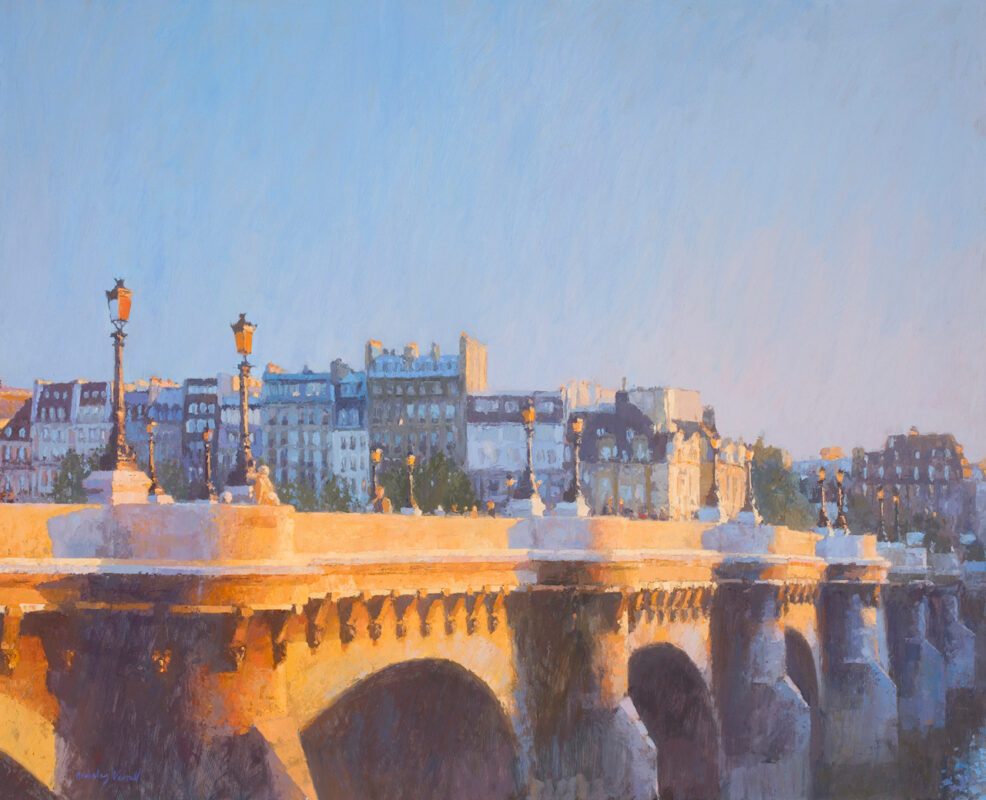 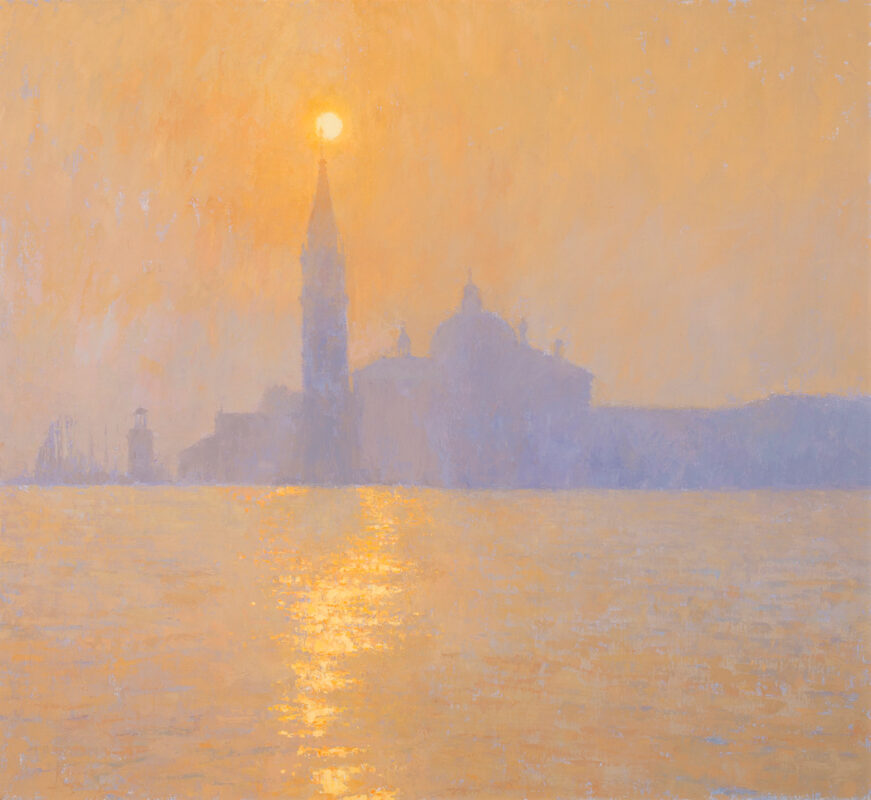 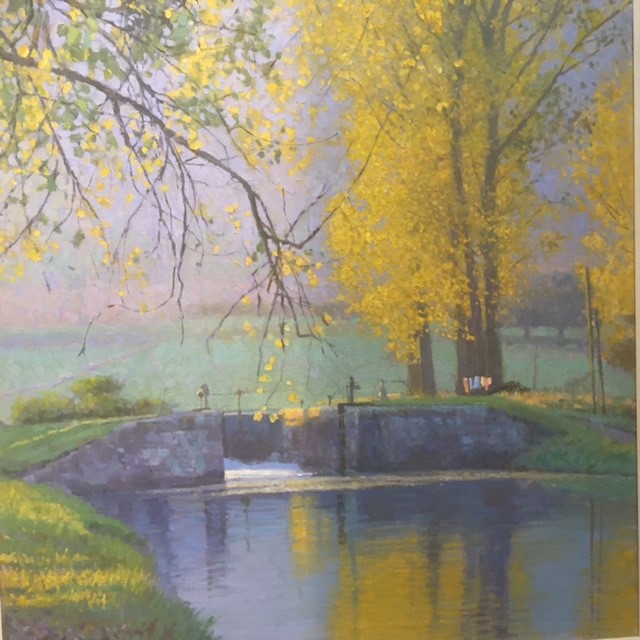 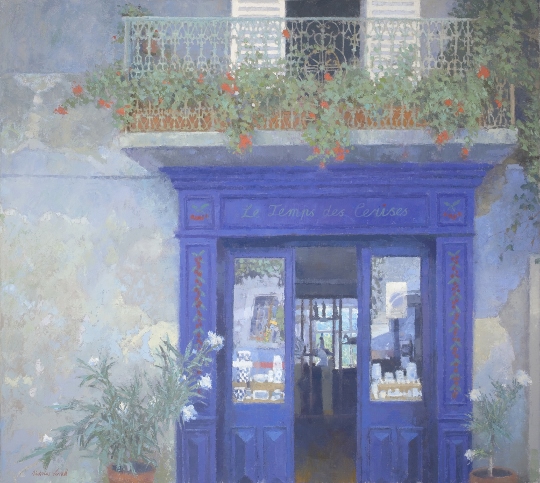 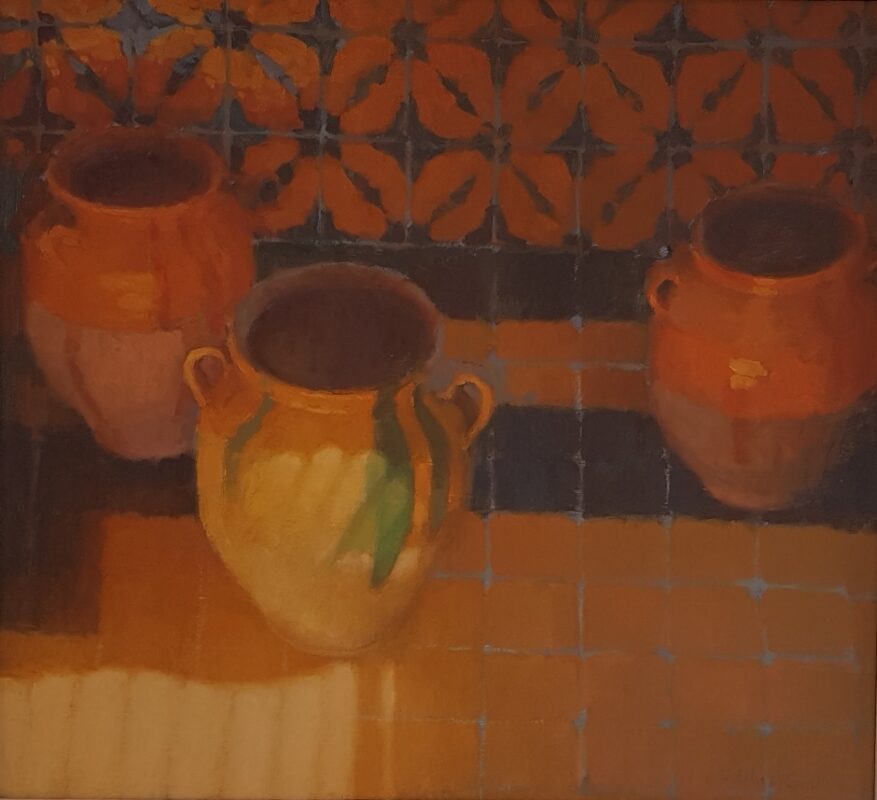 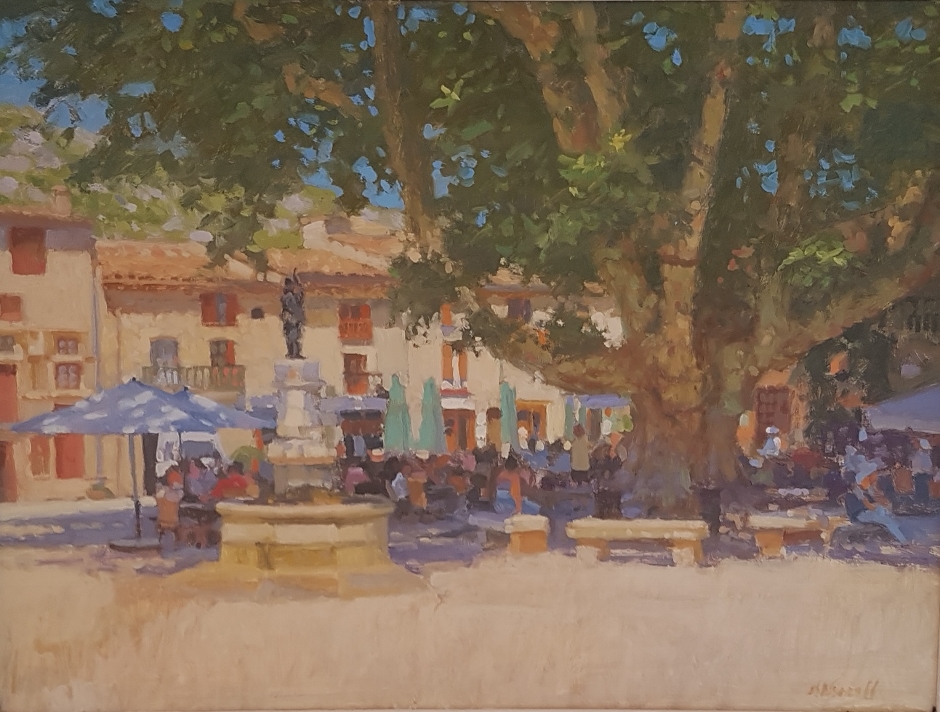