Peter Brown was born in Reading in 1967 and educated at Presentation College, Reading. He first studied an art foundation course in 1986 in Bath before going to Manchester Polytechnic to study fine art and graduating in 1990. He then moved to Bath in 1993, where he lives with his wife Lisa and five children, and took up painting full-time in 1995. He developed a vigorous en plein air style, and happily interacts with passers-by while at work. “Working is like being at a party. I need to be at the centre of things,” he has said. “Consciously or subconsciously, what I experience finds its way onto the canvas.”

Inspired by the architecture of Bath, Peter works directly from life. He works in oil either on canvas board or paper and also charcoal. His works range from 6 x 8 inches up to 60 x 80 inches. They are sometimes executed in one sitting, but often he returns to the same spot at the same time of day and similar weather for as many goes as it takes. He works through all the seasons and in all weathers, relishing the opportunities offered by snow and rain in numerous British cities (including London and Edinburgh) just as much as the heat of India or the sharp bright light of Spain. He refuses to use photographic reference. His exhibitions are usually accompanied by publications containing diary extracts that catalogue his experiences and conversations while out painting. His nickname of “Pete the Street” is apt as he is a true observer of city life throughout the world, always engaging in conversation with passersby.

Throughout his career Peter Brown has had numerous exhibitions worldwide and has appeared on television and radio. He has through his highly accomplished work become a member of the most prestigious Art Societies in the country and recently President of the New English Art Club.

“I work entirely from life using the cities and the countryside as my subjects. I start with what tickles me, and this is likely to be a certain play of the light, weather, space and everyday life. Most of my drawings and paintings take several sittings over consecutive days and in that time I may meet police officers, dog walkers, road sweepers, residents and tourists.” 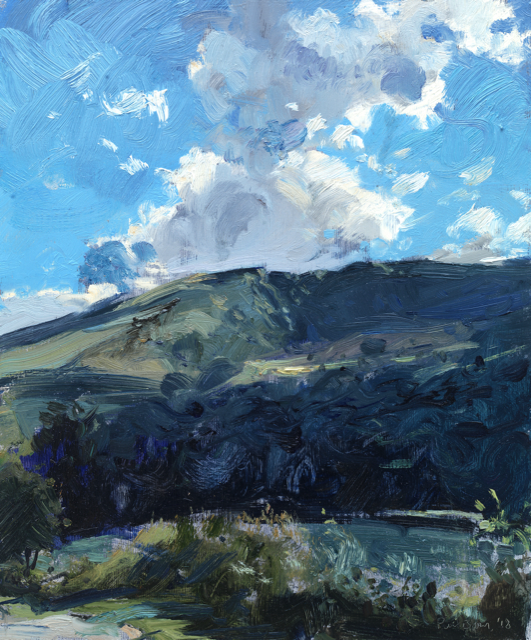