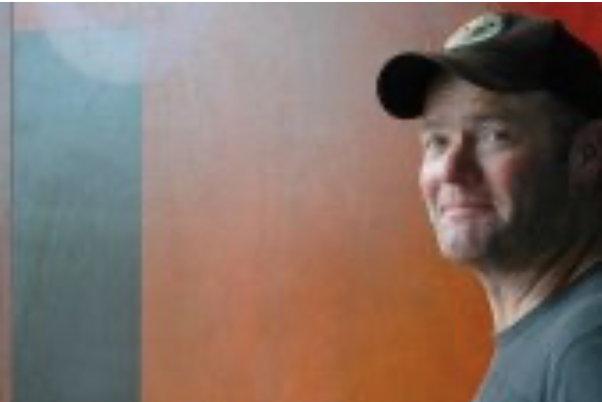 Auckland painter Richard Adams describes himself as an abstract painter who “paints when I’m not playing the jazz violin” – pursuits that go hand in hand, he says – and “one sets the other on fire.”
Drawing his inspiration from nature, colours, textures, shapes and surfaces, he later recalls these factors and “produces them with feeling on canvas.” “I like my work to have a certain amount of spontaneity to it – it helps me in feeling that I am the guide of the brush rather than the master. I try not to have a pre-conception of what the picture will look like.”

Richard Adams was born in London in 1957. He has used his creative talents in New Zealand’s film industry in film-making and as Head Scenic Artist. As co-founder of the immensely popular jazz ensemble Nairobi Trio in 1989, Richard now divides his time between painting and touring nationally and internationally with the group. Richard’s paintings are very much sought after and his work is held by many Private and Corporate Collections. He has had more than 18 solo shows in New Zealand, Asia and Europe.

Richard Adams’ work hovers between the abstract painting that is derived from the natural and that from entirely non-representational form. His earlier works clearly represented the landscape around him but now his influences are less easily identifiable, their origins hidden from us making us search and delve into his work, holding us and causing us to be enraptured in analysing what is before our eyes.

His recent paintings are of vertical and horizontal coloured plains, inspired by the vast landscapes of his homeland and his love of music. His work is spontaneous, he is the guide to the brush rather than the master, and has no preconceived ideas as to how the end result should be, allowing an image to evolve.
His paintings also reflect his love of music and training as a musician. Some say they are like “a musical variation on a theme”.

” I consider myself an abstract painter. I draw my inspiration from nature, from colours, textures, shapes, surfaces and remembering these, I can at a later date produce them with feeling on canvas. I like my work to have a certain amount of spontaneity to it. This helps me in feeling that I am the guide of the brush rather than the master. I try not to have a preconception of what the picture will look like, I’ll pick a certain size of canvas, deal with the necessary materials and then let an image grow from this.” 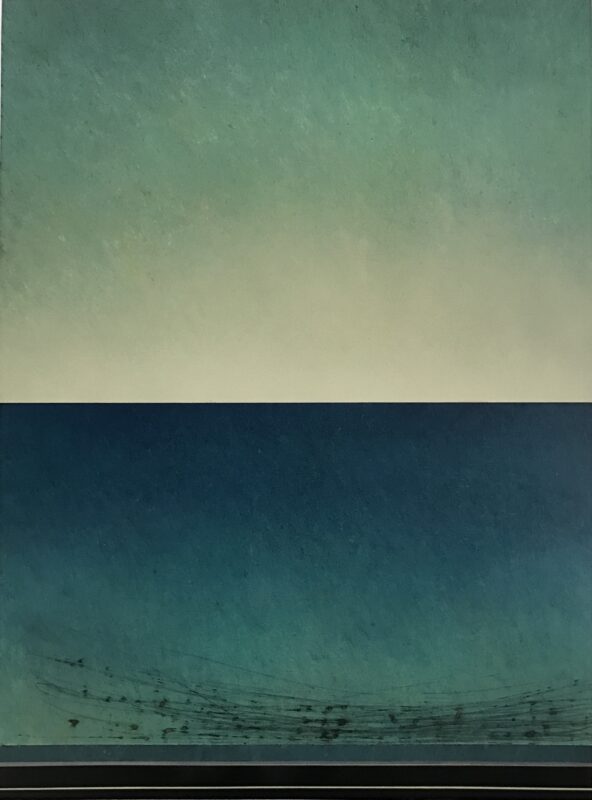 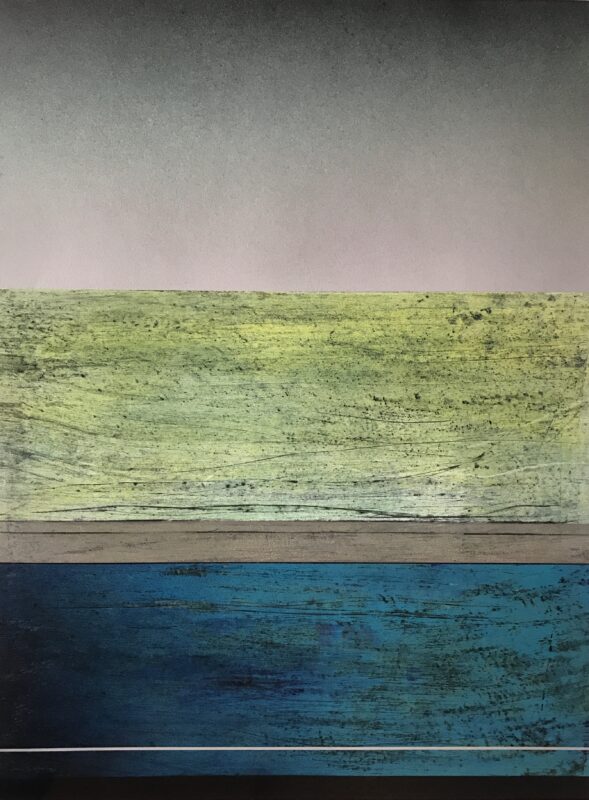 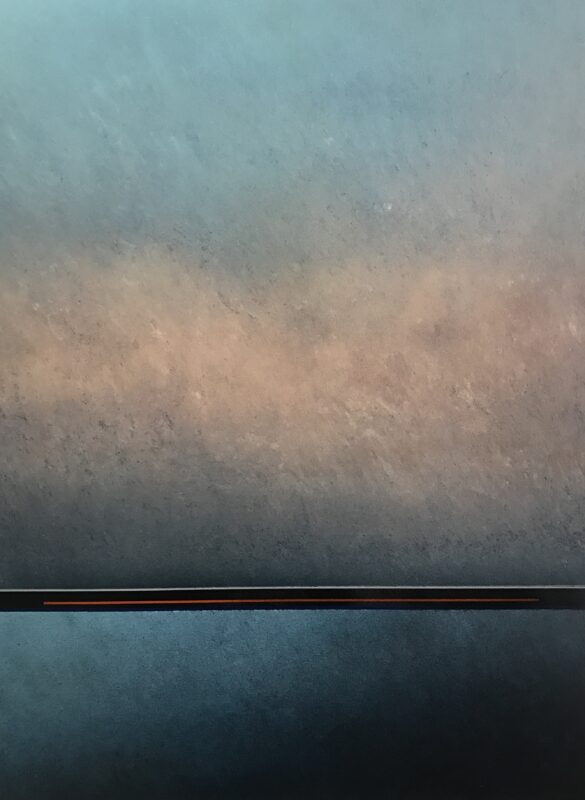 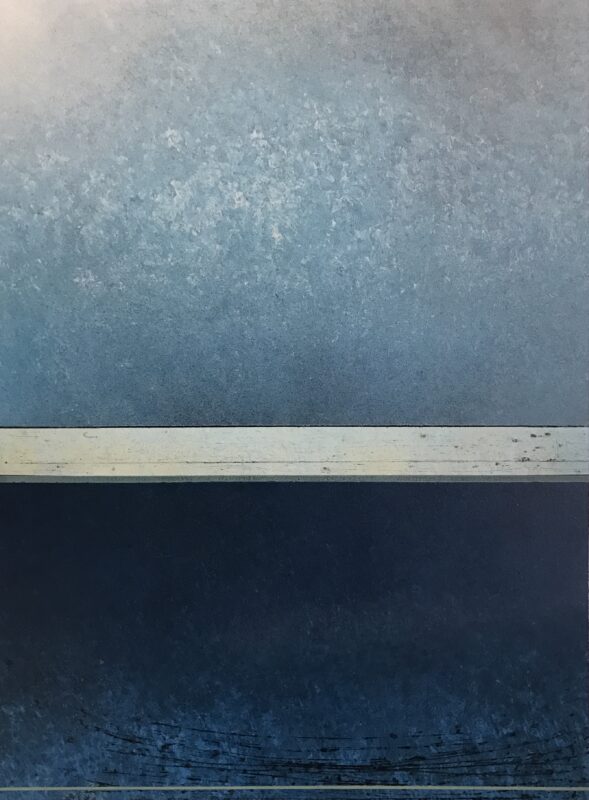 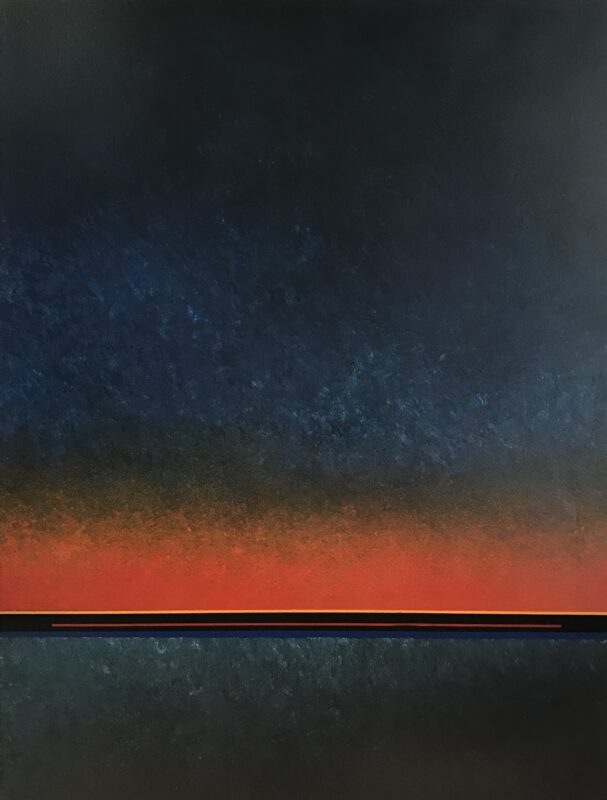 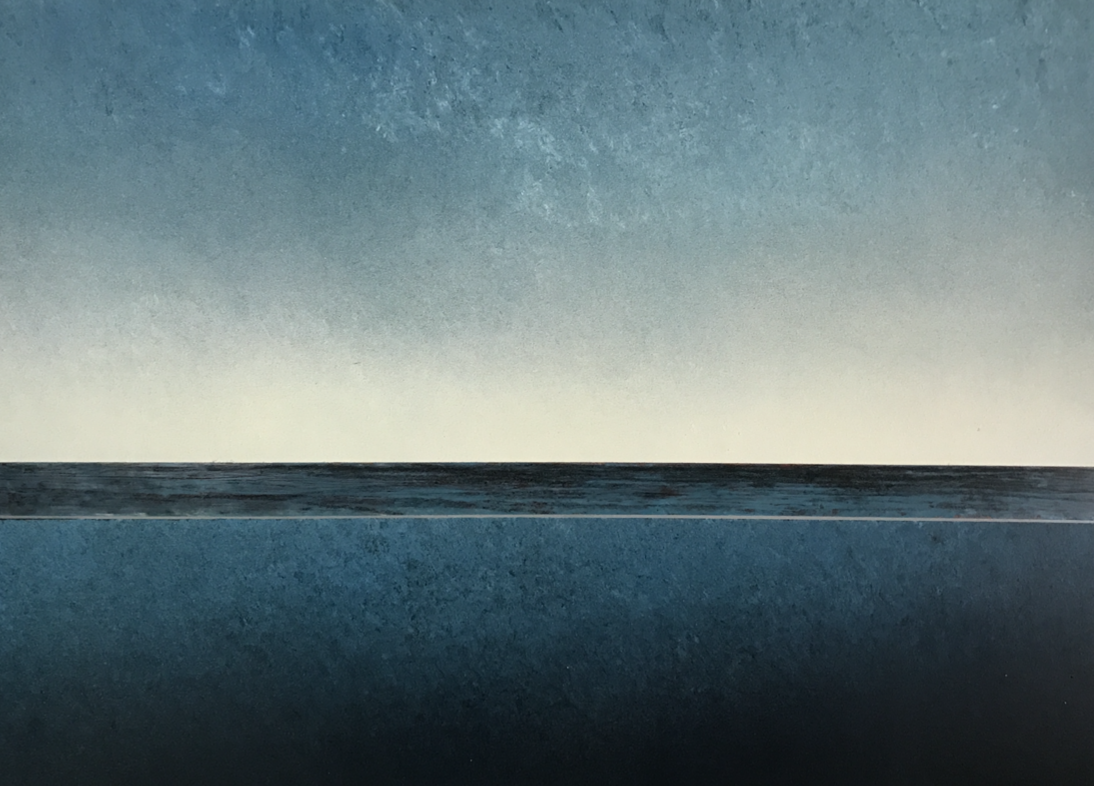 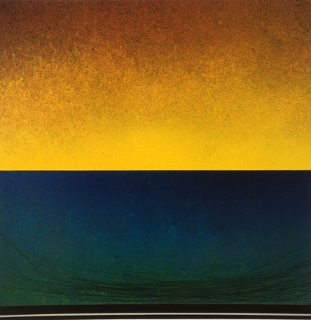 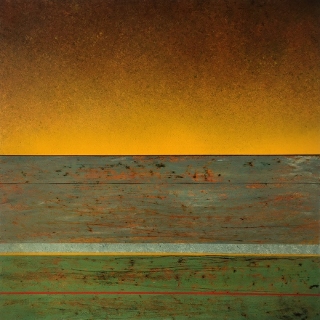