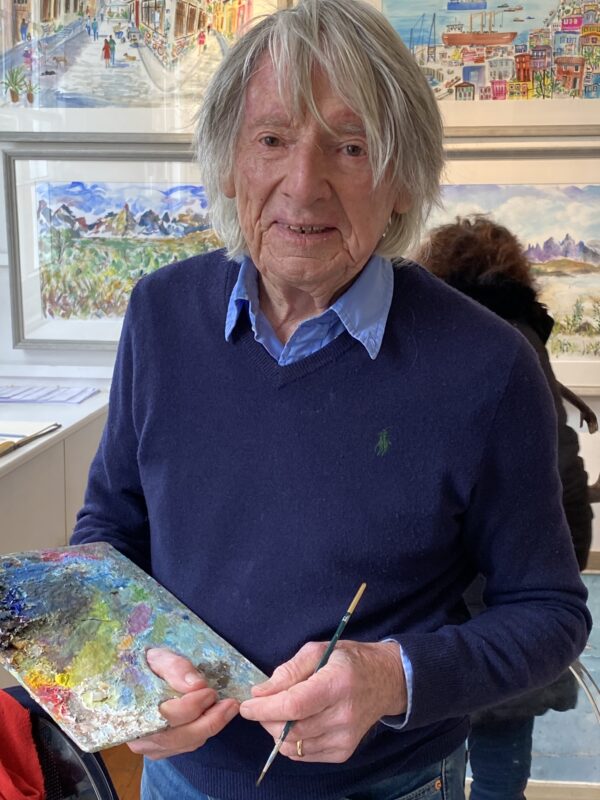 Robert King has a wonderful ability to paint a wide variety of subjects using oils, watercolours, gouache and pastels portraying scenes from his much loved beaches and estuaries of  the South Coast, the Isle of Wight and Norfolk to sporting events such as Cowes and Henley Regatta. From his travels to Southern Europe and India, he is able to capture the heat, light and life around him with his superb sense of colour and spontaneous technique.  His figurative paintings of interiors and nude are also greatly admired : they convey a wonderful sense of  warmth and intimacy in their composition.

Robert was born in Leicester in 1936. He attended Leicester Art College before spending his two years of army service in Egypt but returning to finish his art degree. For many years, he worked as a shoe designer but always continued to paint and exhibit his work in Leicester, London and abroad.

His work has been shown over the years at a number of galleries including the Royal Academy, the Royal Institute, London and the Paris Salon. He had his first solo show in 1970. In 1976, he became a member of the Royal Institute of Painters in Watercolour and in 1985, he was elected to the Royal Society of Marine Artists.

In March 2012, Robert was awarded the prestigious Turner Watercolour Award for outstanding paintings. This prize is given by the Turner bequest and divided equally between the Royal Institute of Painters in Watercolour and the Royal Watercolour Society, where it is judged by the President and Vice President of each society together with the great great niece of Turner.

“I paint in oil, gouache, watercolour and pastel. My subjects of interest include marine, landscape, cityscape and figurative works of ‘The Nude’ and ‘Figures in Landscape’. All of my paintings are taken directly from life and not from photographs. I continue to find inspiration in Norfolk: its shorelines and beaches, the Solent where I live. I also find inspiration in France and its town harbours and coastline, the Mediterranean and Egypt, Venice, Paris, Rome, Naples and recent visits to India.” 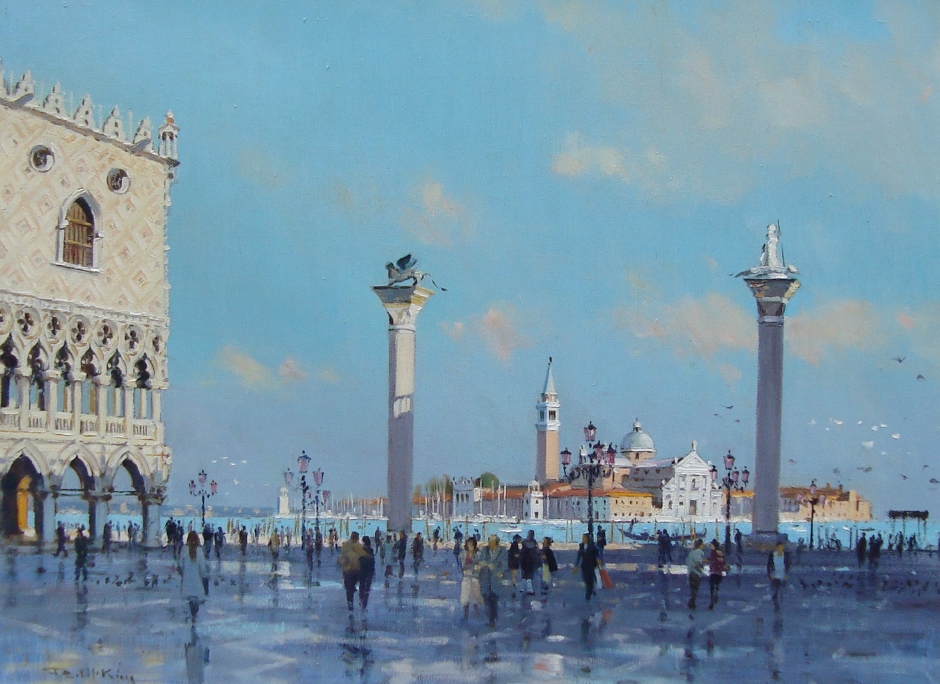 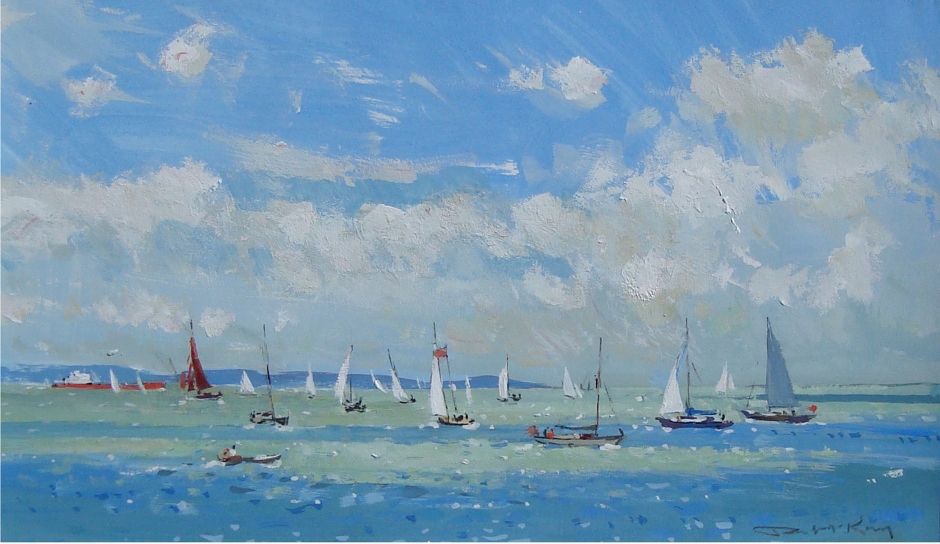 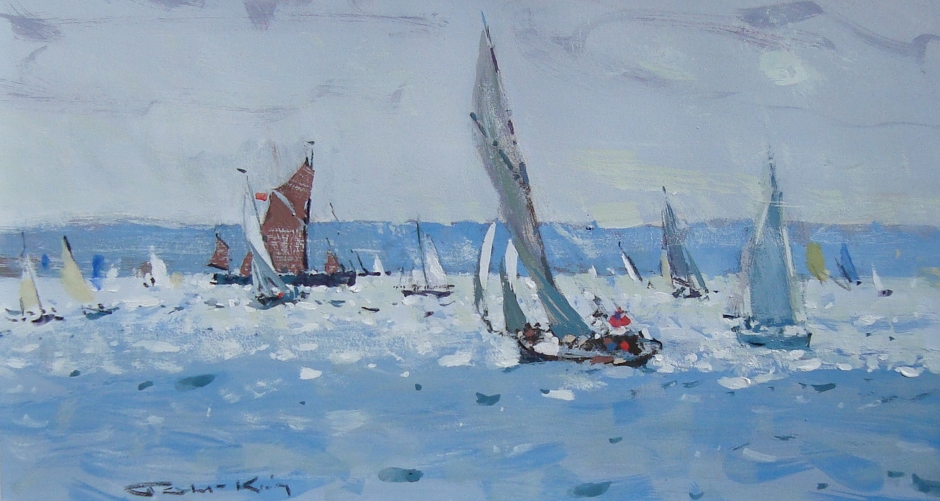 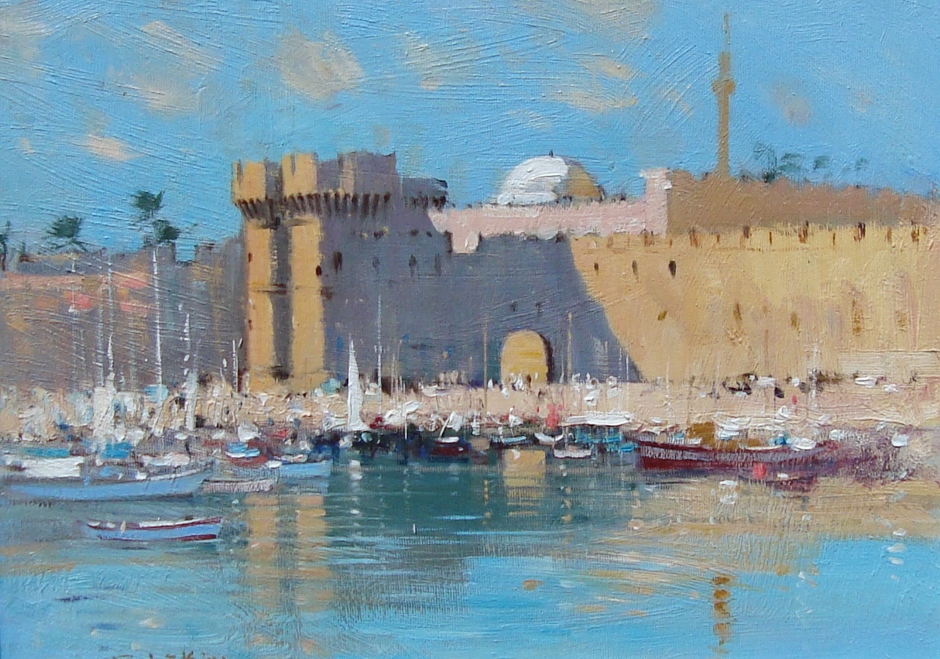 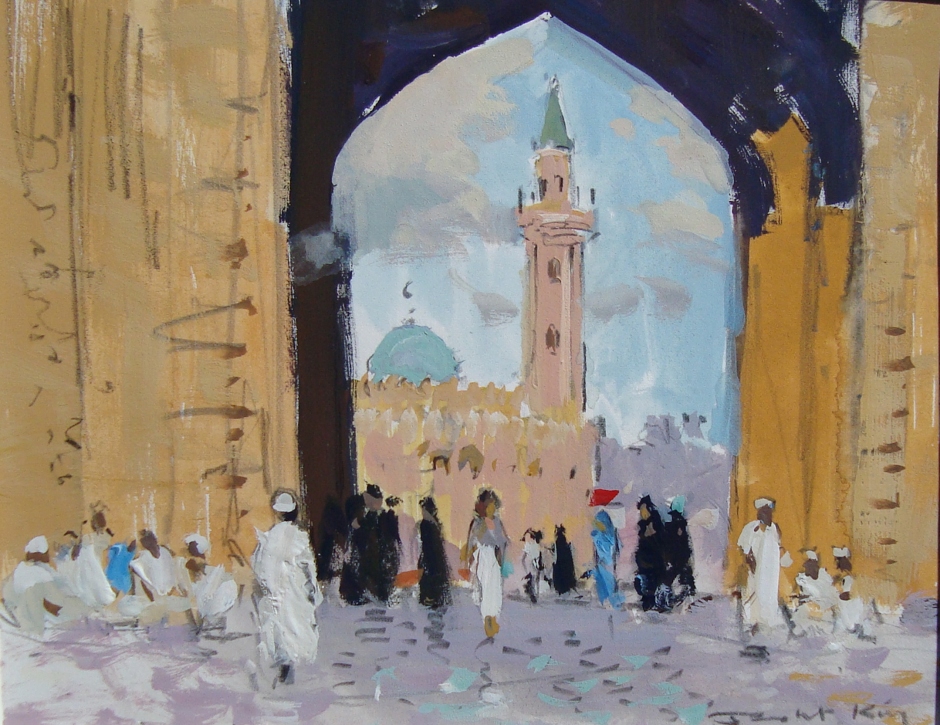